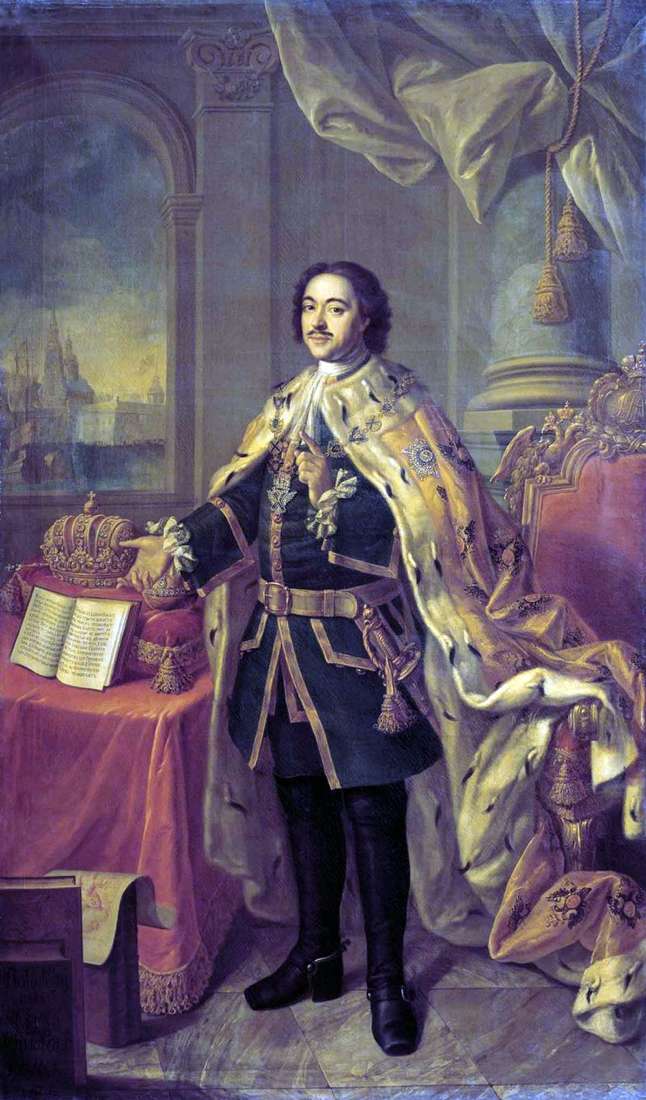 Despite the extinction of his talent at the end of the 1760s, the artist continued to work hard throughout the next decade. Antropov’s seventies open with a large ceremonial portrait of Peter I, created to “put” in the synodal membership chamber.

The artist uses traditional, commonly used attributes of the ceremonial royal portrait. Following the tried and tested scheme, Antropov depicts a table with royal regalia, a throne chair, an obligatory column, and an equally mandatory drapery.

For writing the head of Peter I was used a portrait of the work of J. M. Nate. The work traces the rigor of compositional construction and the desire to convey the volume of space by light-shadow means. Through its details, the portrait “tells” about the great achievements of the emperor. Since the canvas was written for the Holy Synod, Peter I points to the “Spiritual Regulations” with his right hand, according to which the Church became subject to the state, and instead of the patriarchate, the Synod was established.

In the window, it is no coincidence that a view of the Peter and Paul Fortress appears: this indicates the foundation of Peter the Great’s new capital and the transformation of Russia into an empire. In this work of AP Antropov, features of a new style direction developed in the Russian art of the 1770s are seen: classicism.