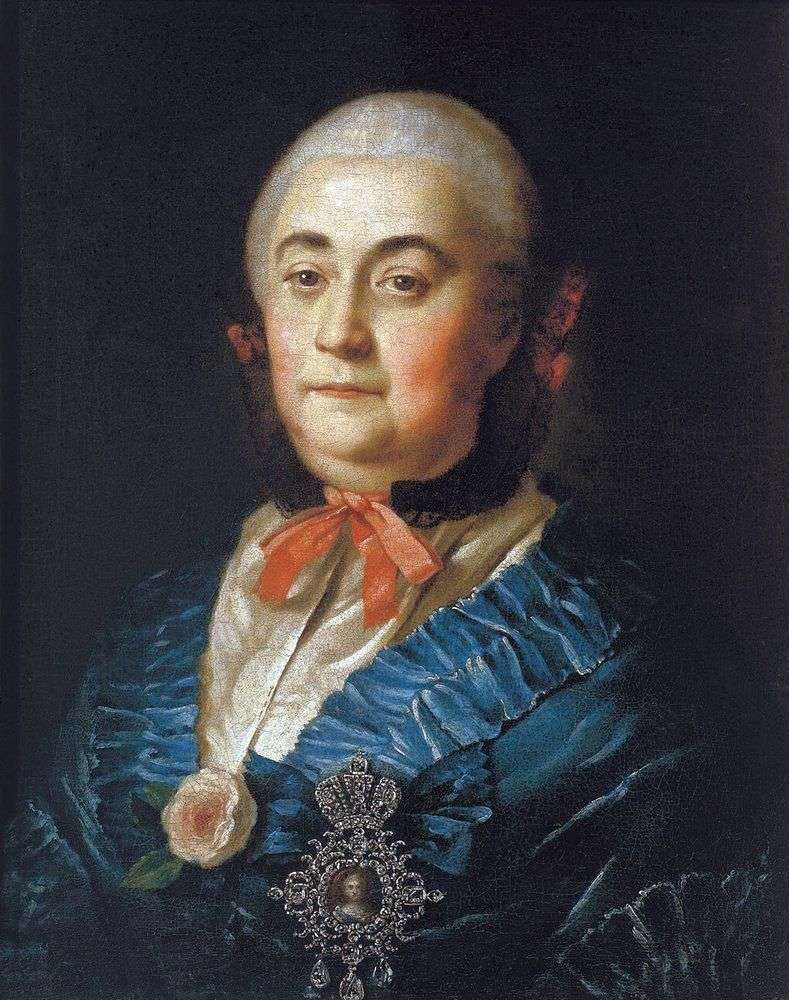 In the art community one of the most significant works of AP Antropov is considered to be the portrait of AM Izmailova. The painter portrayed the lady-in-law straightforwardly and simply, without any coquettish twists and turns, with utmost honesty: the court person was an old, flabby old woman, with a deliberate artificial blush, withered eyebrows and slightly teary eyes.

In the portrait, the main feature of AP Antropov’s artistic method was the full-scale reliability of the appearance of the model. This was facilitated by the combination of a dark, even background with a voluminous interpretation of Izmailova’s image, especially her head. There is a kind of effect of pushing the image from the plane of the canvas into the space of the viewer. Master, as always, is detailed in the transfer of details; he even comes up to the naive image of a pin, which is stuck in a fichu, a neck scarf.

But most importantly – the sign of the state-lady, written out in large and clear, so that there was no doubt about the high social position of Anastasia Mikhailovna Izmailova, born Naryshkina, the wife of Major-General VA Izmailov, the senior lady-in-waiting under Empress Elizabeth Petrovna. It is believed that the physical resemblance to the model was enormous. The portrait is extremely convincing: when you look at the image of Izmaylova, it seems that you can hear her imperious basque or a rolling, self-satisfied laughter.

This character is very typical for the rude in his morals and amusements of the Elizabethan court. It is entirely possible that IM Sakharova suggested that the portrait of AM Izmailova was a kind of examination for the title of portraitist after graduating from P. Rotary. With this work begins the period of the highest heyday of AP Antropov’s art, which falls on the 1760s.

The portrait of AM Izmailova opens a new type of chamber portrait in Russian painting, which was no longer just a version of the ceremonial representative image, but a work with its own specific imagery. Thanks to the pectoral cut and the large plan, which makes the model as close as possible to the viewer, the gesture is almost completely leveled and attention shifted to the face.