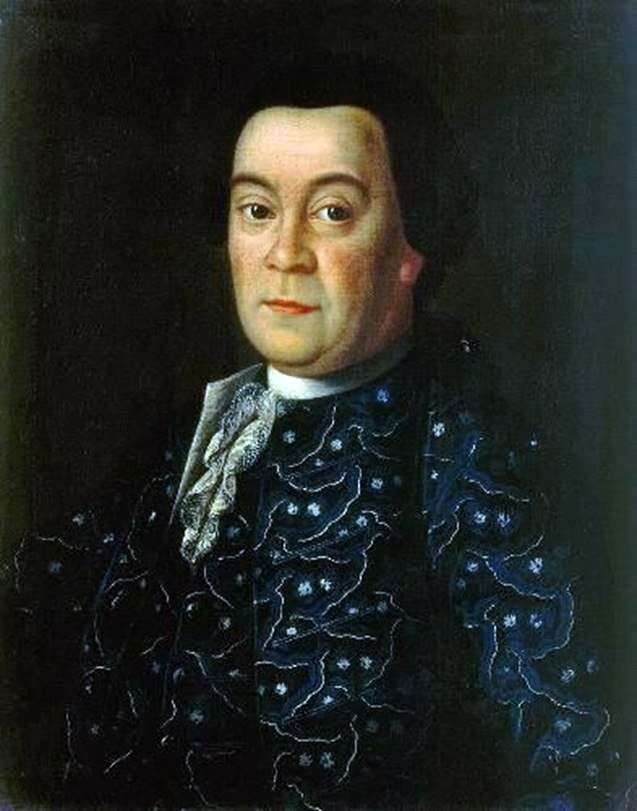 July 13, 1762 from St. Petersburg to Moscow was sent to a group of painters to decorate the triumphal gates before the coronation of Catherine II. Among them was AP Antropov. After the celebrations, the courtyard was delayed in the ancient capital for almost a year, so the artist had plenty of time to perform a number of portraits. So there were images of members of the Buturlin family, wealthy Moscow noblemen who owned vast estates, including the famous village of Palekh – the center of iconography.

The head of the family DI Buturlin, in the spirit of the ideals of the Enlightenment and the patriarchal traditions of Russian antiquity, managed his estates reasonably and fairly. For example, his surviving letters to the mayor of Palekh contain demands to resolve disputed issues at a general meeting of peasants, “on a worldly verdict.” The portrait of this attractive person belongs to the best works of Antropov, although in his painting after the portrait of AM Izmailova, he may seem somewhat archaic, “parsun” and therefore, at first glance, unexpected. This impression is not accidental, it is associated with certain artistic techniques, reminiscent of icon painting. The portrait of Dmitry Ivanovich Buturlin was executed, according to the inscription on the back, when he was 59 years old. Energetic, with large features, as if cut from a strong tree.

Striving to convey the corporeality, the tangibility of the object of the image, the artist makes a very clear and convex molding of the face and figure, which, as if beyond the plane of the canvas and resemble a brightly colored sculptural relief. The face of the model is idealized, its contours and features are distinguished by an impeccable smoothness, the shape is constructed with the help of generalized refined lines, the size of the eyes is exaggerated. In addition, Antropov avoids shadows here, due to which the face seems to emit light, but is flat and as if cut out of solid material. Iconography also recalls the decorative colorful splendor of the portrait. Its color, especially blue, very deep in tone and bright, gives the image more activity. Antropov emphasizes the specific character traits, achieving the utmost persuasiveness and vitality of the image, not delving into the world of the spiritual essence of the model.