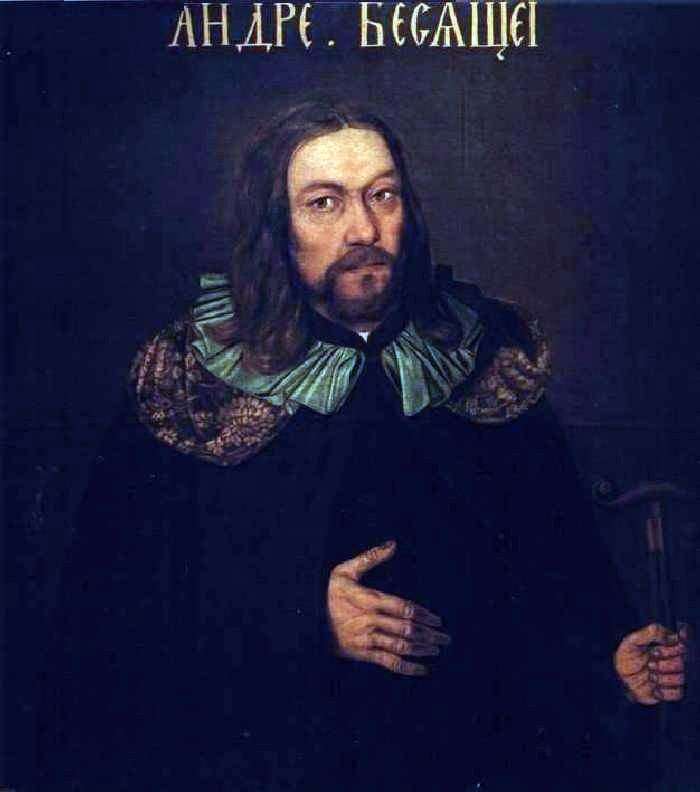 A portrait of Andrei Besyaschy – Andrei Matveyevich Apraksin, the brother of Queen Marfa Matveyevna, is included in the series of portraits of the participants of the “Most Gravitant Most Mad-Riding Cathedral of the Most Commented Prince-Pope”. Sample portrait painting of the XVII century with its inherent features, which is called “parsunnoy.”

Methods of transferring nature in Parsun were largely conditional; its characteristic feature was the flatness of the image. At the same time, striving for portrait likeness, the parsuna reproduced the appearance of a person and the details of his clothing with protocol accuracy.

Apraksin is dressed in a black robe and mantle with a blue silk collar and a hood on a patterned brocade lining. Apraksin Andrei Matveyevich, the brother of Tsarina Marfa Matveevna, steward of Tsar Ioann Alekseevich. Obeschka Peter I, in 1724 – Count. He wore the clown dignity of a member of the board of cardinals of the “Most Consulting Sobor” and the nickname “Reckless.”