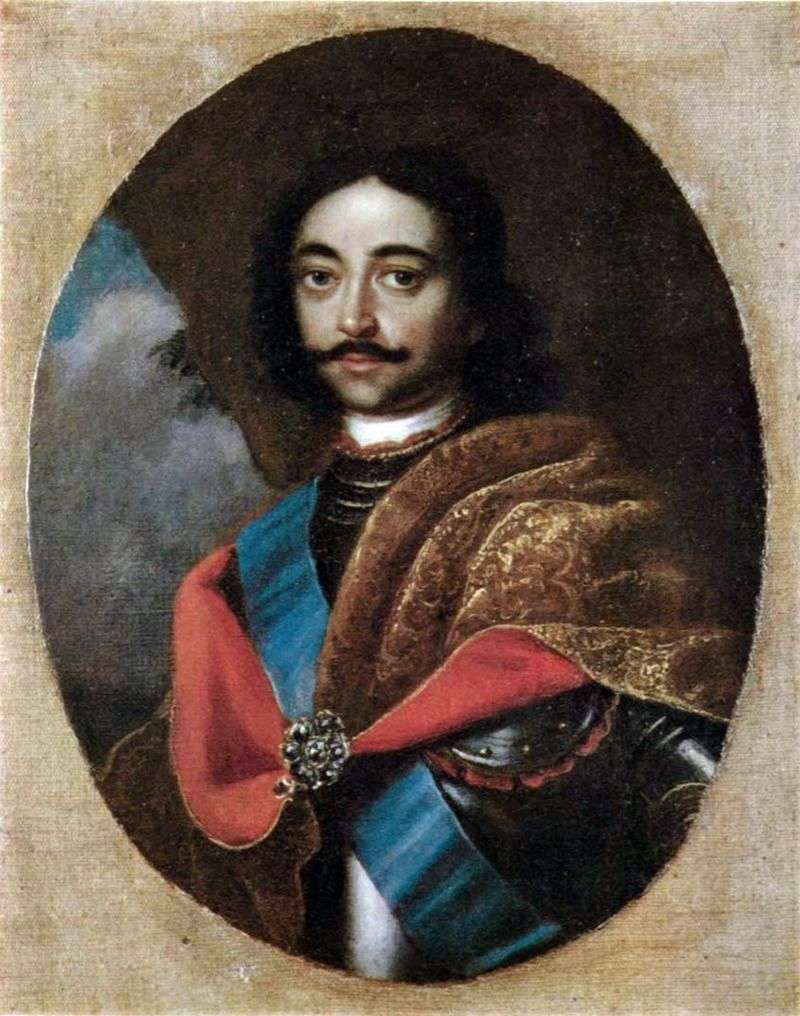 Presumptive attribution on the basis of the similarity of the methods of writing and the type of person with a large ceremonial portrait of Catherine I by I. N. Adolsky. Peter I – son of Tsar Alexei Mikhailovich and Natalia Kirillovna Naryshkina. Since 1682, he reigned with his brother Ivan, since 1696 – unanimously. The first Russian emperor.

It is depicted in armor and a brocade robe on a red, with the Andreevsky ribbon; with long black hair and mustache; against the background of the sky, foliage and dark brown drapery. The State Hermitage. St. Petersburg