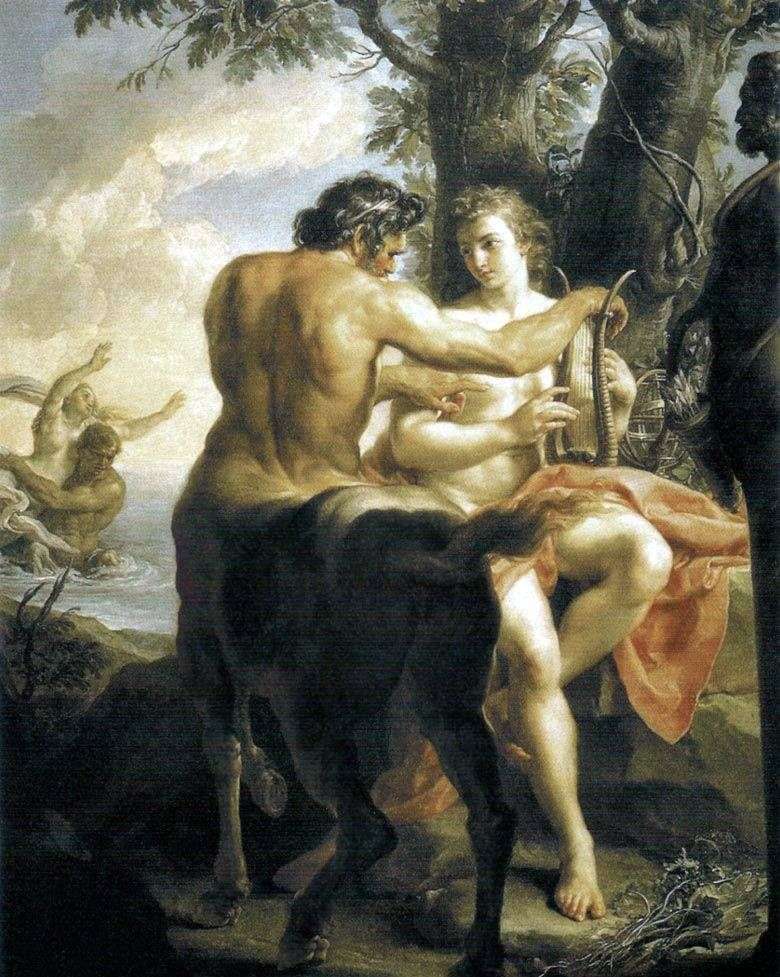 Chiron, in ancient Greek Thessaly mythology, a centaur, originally endowed with immortality. Chiron’s parents were Kronos and Filira, his wife was Khariklo, and his daughter was Gippa. Unlike most other centaurs, famous for their riotousness, propensity for drunkenness and hostility to people, Chiron was famous for his learning, was a wise and kind centaur. He lived on Mount Pelion, was raised by Apollo and Artemis.

In turn, he taught many heroes – Jason, for the journey of which he made the first heavenly globe; Achilles, whom Chiron fed with lion meat; and brothers of Dioscuri, Orpheus and others. He taught the medical arts of Asclepius and Patroclus, and the hunting of Actaeon. Chiron was a personal friend of Hercules, who for a long time lived in the cave of the centaur.

According to legend, Chiron was mortally wounded by a poisoned arrow, accidentally launched by Hercules. Experiencing terrible tortures, Chiron abandoned his immortality, passing it to Prometheus. After death, Chiron was placed by the gods in the sky in the form of a constellation of Centaur, or Sagittarius. To the most famous works of Batoni mythological subjects belong: “Centaur Chiron, teaching Achilles,” “Diana and Cupid,” “Hercules at the Crossroads between Virtue and Viciousness,” “The Forbearance of Scipio of Africa”, “The Flight of Aeneas of Troy”, “Mary Magdalene” .