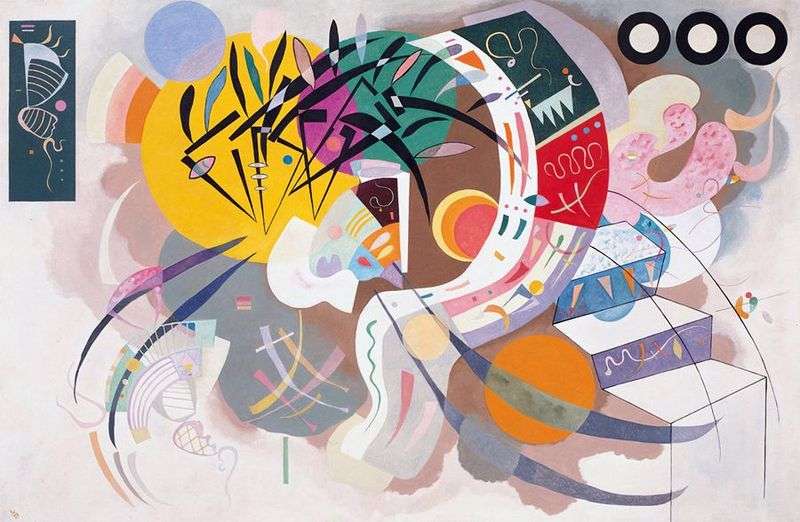 Vasily Kandinsky left Germany in 1933, when the Nazis came to power. The ideologists of fascism sharply condemned the new trends in painting, the “degenerate art” was persecuted, the pictures were destroyed and forbidden to exhibit.

Kandinsky emigrated to France, where he lived until the end of his days. In Paris, he worked fruitfully, creating inexplicably harmonious canvases. The works of that period were marked by a light palette, the lines and shapes became softer.

Even in the years of work in the famous Bauhaus, Kandinsky showed interest in botany and zoology, he painted tiny creatures and taught his students.

We see traces of this enthusiasm in the picture “Dominant curve”, in the upper right corner a schematic pinkish embryo floats, figures in a green rectangle resemble microscopic marine animals, and organic figures soar above the celestial blue region.

These floating, biomorphic images, often presented in pastel colors, can be seen as signs of Kandinsky’s optimistic vision of a peaceful future and hopes for a revival of the post-war period. Kandinsky did not live to see the end of the Second World War, but his intuition of the artist prompted that evil can not rule forever, other times will come, life will be reborn…