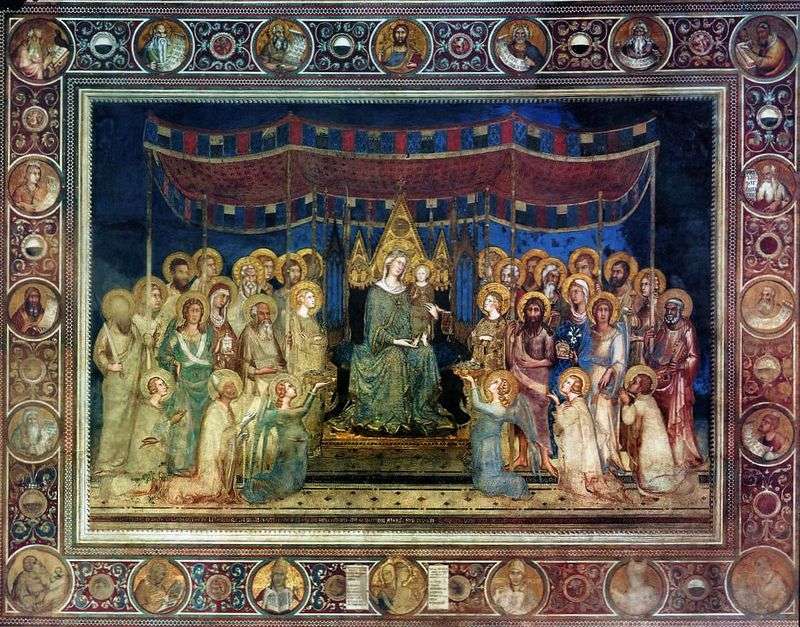 The large fresco “Maesta” shines with light pink, yellow, blue, golden-green colors on a bright blue background. Under the canopy of a light pink canopy with scarlet and white tassels, the Madonna and Child, as well as the surrounding saints and angels, form an elegant group.

In the grand painting of Maesté – S. Martini enters into polemics with the work of the same name by Duccio. The triumph of Madonna is interpreted by the artist as a heavenly vision, shining on a dark blue background with light, light shades of blue, pink, golden tones.

At the same time, the entire image, bordered by a broad decorative border, is likened to a magnificent carpet, the image of the Virgin Mary is devoid of iconic rigor, and among the saints around her stand white-faced and rosy cheeky young men and young women with the thoughtful eyes of narrow eyes.

On the opposite wall of the hall, Simone Martini placed a dark mural of a different nature. In the history of art, it became the first depiction of a specific historical event with a portrait of a contemporary.