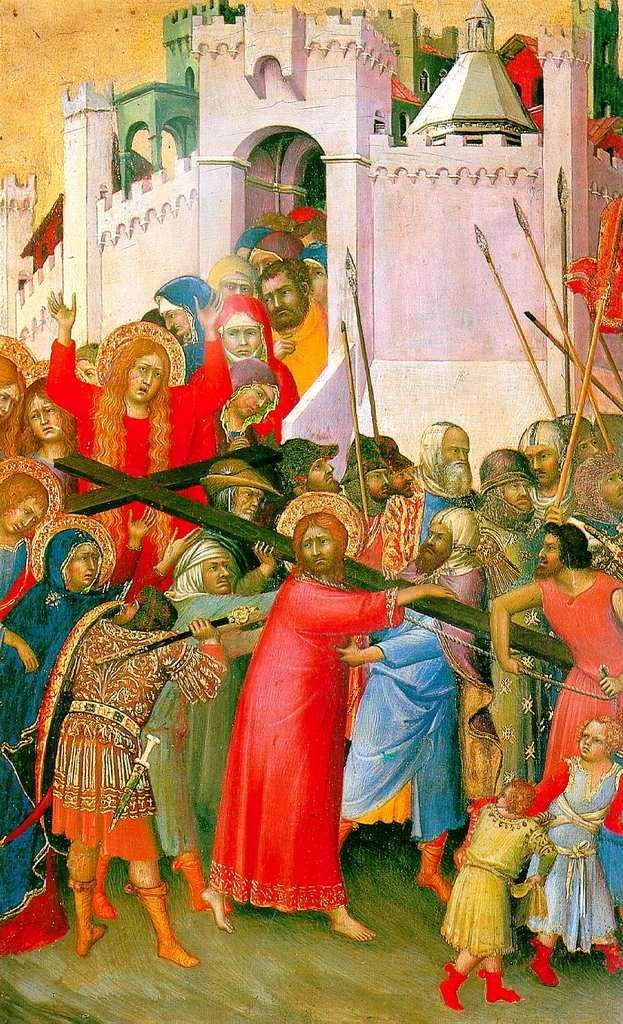 When Clement V, elected pope in 1305, moved the papal residence from Rome to Avignon, followed by artists. Simone Martini – perhaps the largest painter of the new papal court in Avignon – was a beacon from which, direct or reflected, spread very far.

In “Carrying the Cross,” in the transfer of the procession, going out of the city and entering the sinister road to Calvary, Simone followed the techniques of depicting multi-figure scenes that his mentor, Siena master Duccio, developed. Through the work of Simone, the influence of Siena painting spread to the strict Gothic painting of the North and had a lasting impact in France. Going down the Jerusalem road, the crowd struggles to get organized on its way to Calvary.

Sharp color accent highlighted the figure of Mary Magdalene distraught with grief. Her hands are raised just above the cross, which sets the direction of the ritual procession. The Siena masters had a lively feeling of the human mass, its strength and character. Here everyone – whether he is a supporter or an evil persecutor of Christ – oppresses the rest with equal force. And the city behind the ring of pink walls belongs to the most remarkable architectural types among the works of the Siena school.