Home ⇒ 🎨Martini Simone ⇒ The initiation of the knights of St. Martin by Simone Martini 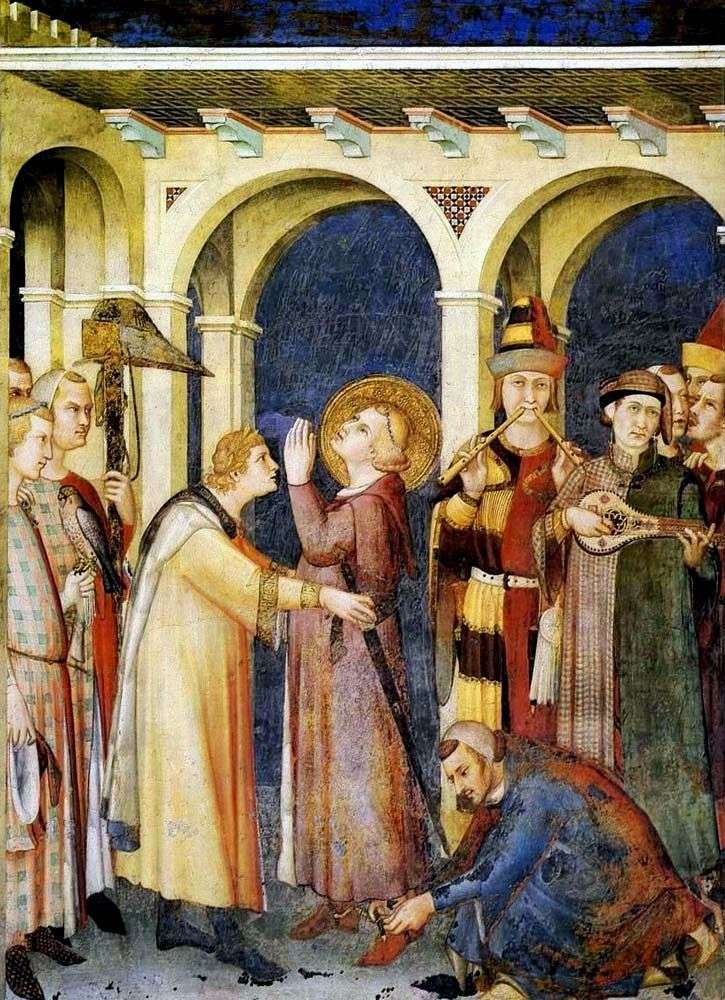 This picture shows the scene of the imperial honors of St.. Martin, a Roman warrior born in Pannonia. This episode is not in the life of the saint, so the researchers believe that here Simone Martini portrayed the biggest event of his own life, when he was knighted in recognition of his artistic merit.

It happened in Naples, at the court of King Robert of Anjou, one of the most brilliant royal courts of the time. The exact date of this event is unknown, but in 1317g. Simone is mentioned already as a knight. Thus, this picture reliably depicts this most important ceremony of medieval court life.

In the center of the composition is depicted the figure of the initiate, filled with awe, whom the sovereign himself girds with a knightly sword. On the right is a stable, attaching spurs to his purple boots, on the left, behind the emperor are courtiers with the rest of the knightly insignia: a helmet and a falcon. On the right in the background is a group of court musicians.

The live mimicry of their faces almost makes you hear the melody they play. They play and sing in complete abandonment. Simone Martini with great joy and to the smallest details reliably depicts multi-color ceremonial clothes, various hats and shoes he had seen at the Neapolitan court. Legend of sv. Martine, written by Simone Martini, is the most detailed and best-preserved monumental cycle dedicated to this saint, so revered in the medieval knightly world.