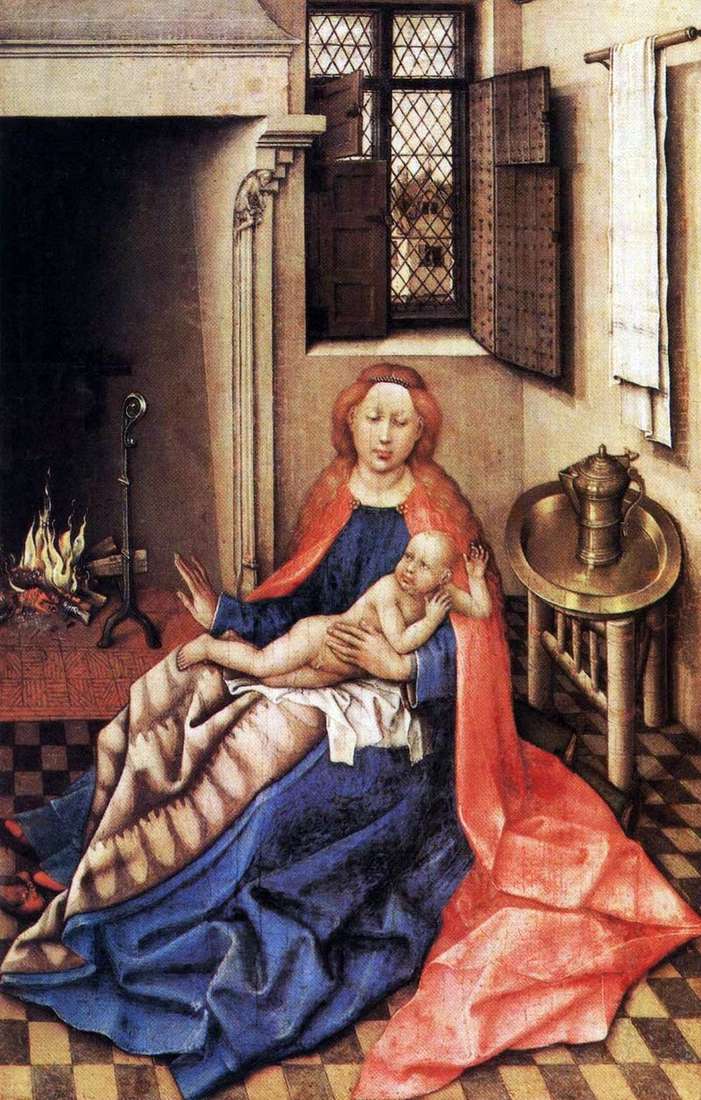 The art of Robert Kampen stands at the origins of the Dutch painting of the XV century. His researchers attribute the brush to a group of works that were previously considered works of an anonymous artist, known as the Flemal master. Almost all the works of Robert Kampen are small altars. Despite the fact that, like in the Middle Ages, the themes of his works are religious, the artist solves them in a new way.

In a small masterpiece “The Madonna and Child by the Fireplace,” Maria is depicted in a cozy interior: with the naturalness of a simple woman she settles down by the fireplace, surrounded by ordinary household items. However, the viewer at first glance sees in this picture something more that goes beyond the ordinary: the life of the space depicted by the artist seems to have stopped, not subject to the usual flow of time, things for all their specificity are perceived as belonging to a non-prosaic reality, but to some other, ideal the world.

Each depicted object, becoming a symbol, as if emits imperishable beauty: thus, the washbasin and a towel symbolize the purity of Mary, the open window and the light emanating from it – the presence of the spiritual principle, the fireplace – the evil forces from which Mary protects the baby.