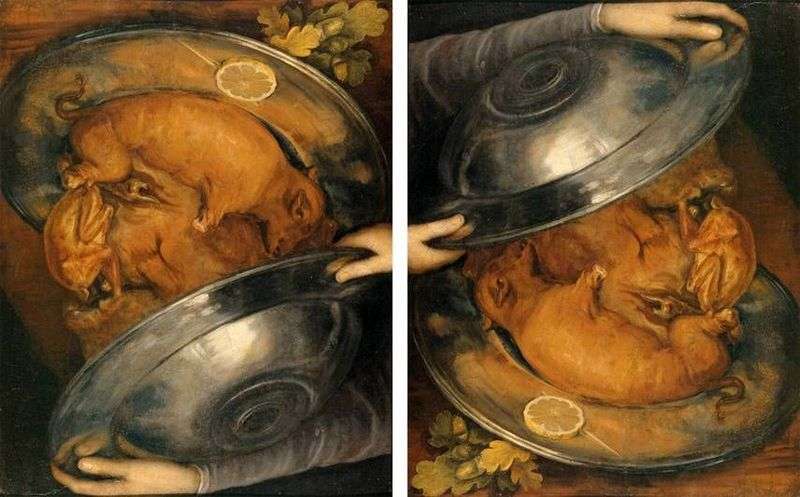 Information on the early life of Giuseppe Arcimboldo is extremely small. Like most Italian artists, he began his career with the execution of various orders for the creation of stained glass, frescoes and tapestries in various places, including Milan, Como and Monza. In 1562 he became the official portraitist of the Holy Roman Emperor Maximilian II.

The painting “The Cook” is one of a series of portraits of members of the Emperor’s entourage, written by Arcimboldo, corresponding in style to the works of “Lawyer” and “Librarian”.

The portrait of the cook, close to the imperial court, dates back to around 1570. During this period, Arcimboldo created a series of anthropomorphic portraits of people using various objects that have links to the life or professional activities of humans, such as fruits, vegetables, flowers