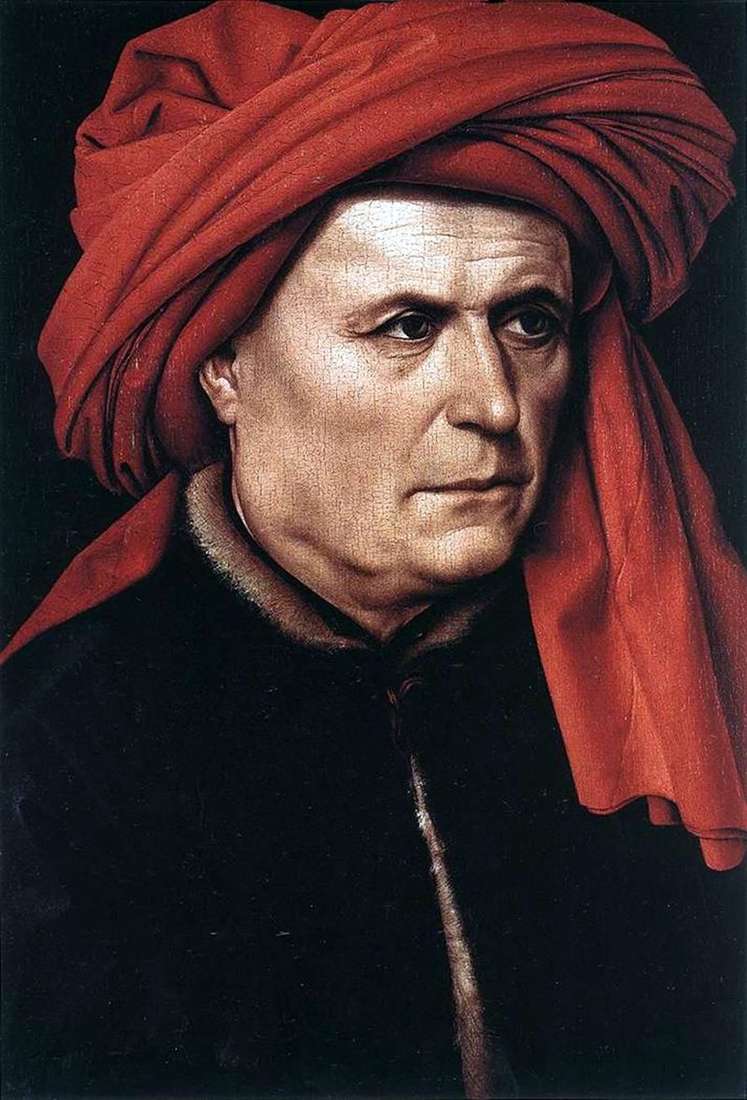 Portraits of Kampen represent an amazing phenomenon in the Dutch painting of the XV century. They differ from the rather conditional profile portraits of the previous century with the utmost precision of writing the model, its individual traits. The artist created a new type of composition: the pectoral image of a man in three-quarters, given on a neutral background.

The hero in the picture appears exactly as he is in life. The painter is far from thought to embellish it, does not hide any physical defects. On the canvas – A typical burgher, an expression of humility and piety is replaced by a sense of dignity.