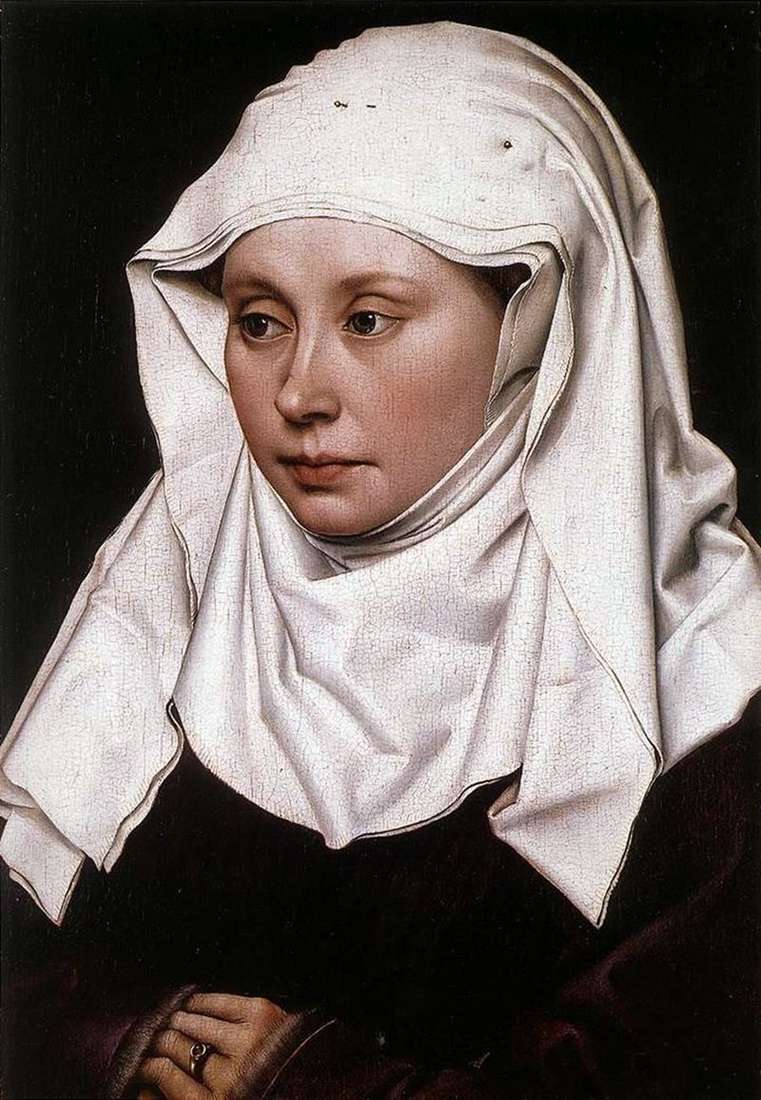 The portrait of a woman and the Portrait of a man, according to most researchers, are paired and, possibly, originally they were joined together. This is evidenced not only by their identical size, but also by composition and stylistic features. The models were well-to-do citizens of the city of Turne, where Robert Campin worked.

It is also established that they were spouses. In both works, the heroes appear pogrudno and occupy the entire space of the picture. The artist, on the one hand, managed to create two individuals, on the other – the obvious duality of the pair. Although the views of the two

do not occur, the faces are facing each other.

While the woman’s face is somewhat less and more brightly lit than the man’s face, certain symmetry is seen in their outlines. Both portraits are an example of the highest artistic skill of Kampen. They set the bar, which for a long time was unattainable not only in his homeland, but throughout Europe. It was this art that had a huge impact on the entire course of the artistic process in Europe in the 16th century.