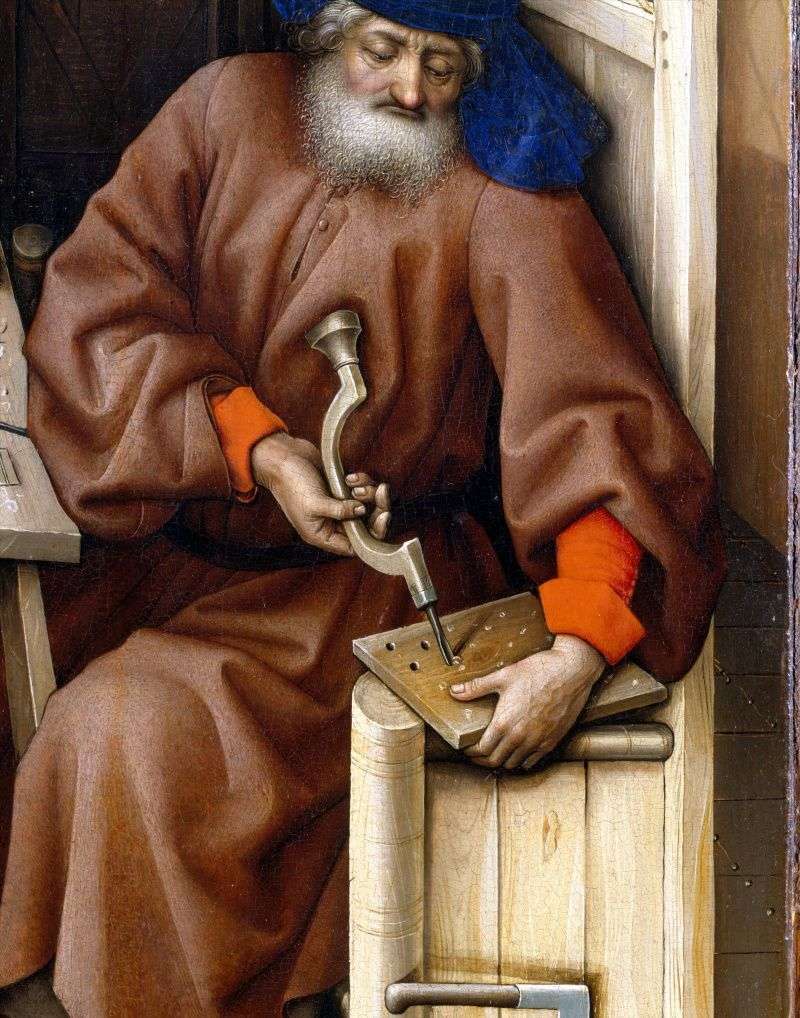 The right wing usually depicted another biblical story, for example, the Last Judgment, as on the corresponding triptych of Rogier van der Weyden. According to one of the hypotheses, the image of Joseph the carpenter symbolizes the surname “Shrinmehers.” The entire right wing is carpentry wizard. Joseph drilling holes in the upper part of the object, reminiscent of a heating pad for feet. On the fact that the central part and the doors were executed at different times, indicates not only the absence of an integral perspective and the mismatch of the door with the opening behind the archangel on the left.

For Kampen’s works, the violation of spatial logic is common. Of decisive importance is the twenty-five-year age difference between the wood of the central section and the leaflets. But even this does not mean unambiguously that parts of the triptych were performed at different times; but it can be said with a high degree of certainty that in the original form to the central section of the altar the leaflets were not planned, but were added later. Joseph is sometimes considered an apocryphal character, who, calling himself the father of Christ, outwitted the devil.

As a carpenter, he also makes mousetraps among other things. One of them can be seen on the bench, and the other on the far table. According to Augustine the Blessed, “The cross of the Lord God became a mousetrap for the devil.” A whole scientific dispute has arisen, whether the objects depicted are mousetraps in fact. It came down to the fact that the model of the object was made and installed in the Walker Art Gallery in Liverpool; One night a mouse really hit it.

Judging by the white spots on the small figure outside, this snow is falling on this leaf. Is this a hint at the time of the year when Jesus was born? I do not want to say that the theologian of that time would have made such a conclusion when looking at a work, but this could be his personal discovery. However that may be, we do not know the boundaries of the symbolic meaning defined by the artist and his patron.