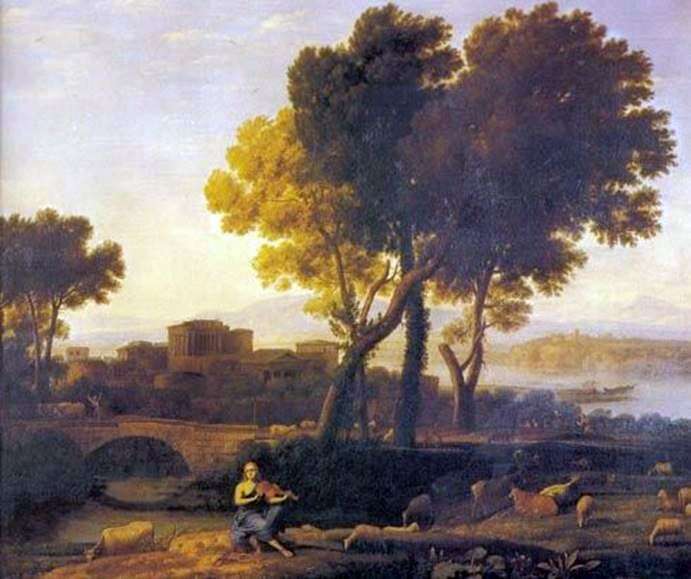 On this story, Claude Lorrain wrote several pictures. The myth tells that in punishment for the murder of the Cyclopes, who forged the father of Apollo Zeus with lightning, Zeus made his son a shepherd. Apollo was supposed to feed the flock of Tsar Admett, but he was careless about the work assigned, and the clever Mercury stole the flock from him.

However, Zeus ordered Mercury to return the stolen cows, after which he allowed Apollo to once again take his place among the gods. According to a note made by Lorrain in his Book of Truth, this picture was painted for Francesca Aberini. Apparently, this is a slip of the pen, and the work was ordered by the artist either aristocrat Francesca Alberini, or the rich Roman Francesca Arberini.

For the same “twofold” customer, Lorren created another mythological picture, now in the Art Museum in Elmira, New York. “Landscape with Apollo and Mercury” from 1750 is stored in Holeham Hall. That’s when it was bought by the owner of Holkham Hall Thomas Coke, the first Earl of Leicester.