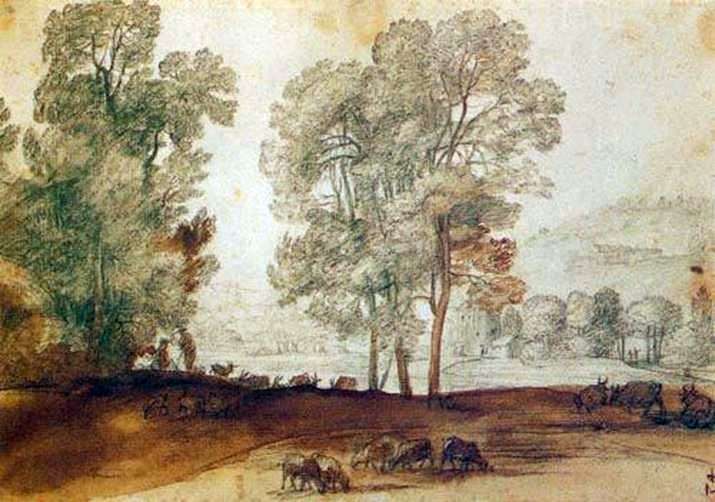 In addition to the drawings included in the “Book of Truth”, there are still about 1100 independent works by Lorrain, made in this genre. Thus, the total number of drawings by the artist that have reached us is about 1,300. They are most fully represented in the collection of the British Museum in London.

Another remarkable collection belongs to the Taylers Museum in Dutch Haarlem. Most of the drawings Lorrain made with ink, but sometimes the artist used, and other techniques – for example, black and red chalk. The “Rural Landscape” is written in black chalk and paint, and the “Journey to Emmaus” is written in black chalk and brown paint on pink paper.

In his youth, Lorrain drew a lot from life. In their manner, these drawings resemble oriental miniatures painted with a brush. Making sketches, he began with free sketches that helped him determine the composition of the future canvas. Sometimes he depicted each character of the future picture on a separate sheet. Lorrain carefully kept all his drawings, considering them to be a valuable source of new ideas and plots.