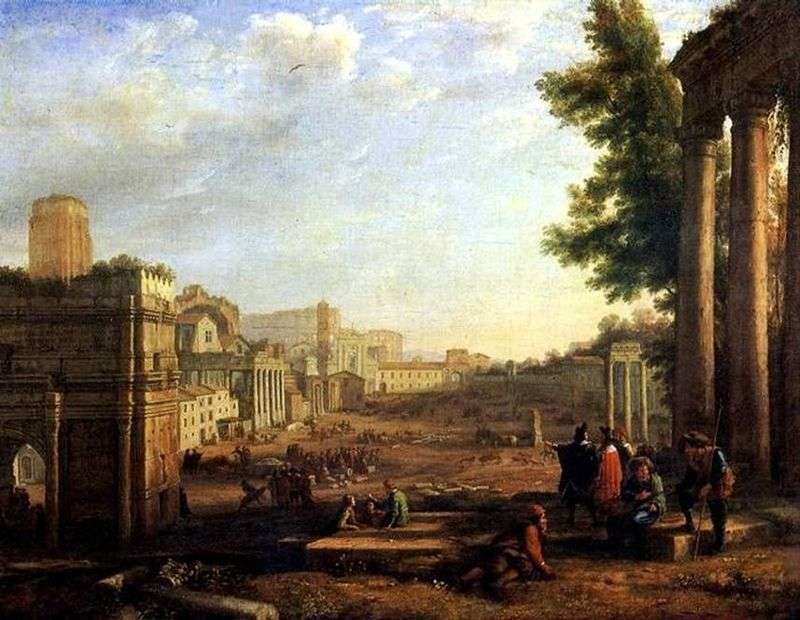 Claude Lorrain often depicted architectural structures in his paintings. In his early works one can find several types of the environs of Rome, written with high topographic accuracy. Subsequently, the artist increasingly wrote architectural details in the manner of “capriccio”.

Following this manner, he alternated actual buildings with fictional buildings or changed their location in space. For example, in the work “View of Rome”, the Church of the Holy Trinity, in which the ashes of the artist were later buried, was moved to the left, and the right in the foreground shows the ruins of a building that never existed.

Turning to the historical and mythological subjects, Lorrain included in the composition magnificent classical buildings. Some of them look like real buildings, others are the fruit of an artist’s fantasy.

In the painting “Landscape with Aeneas on the Island of Delos”, the 1672 dome building on the right, depicting the temple of Apollo, clearly resembles the Roman Pantheon. The artist only changed some proportions and details of this building.