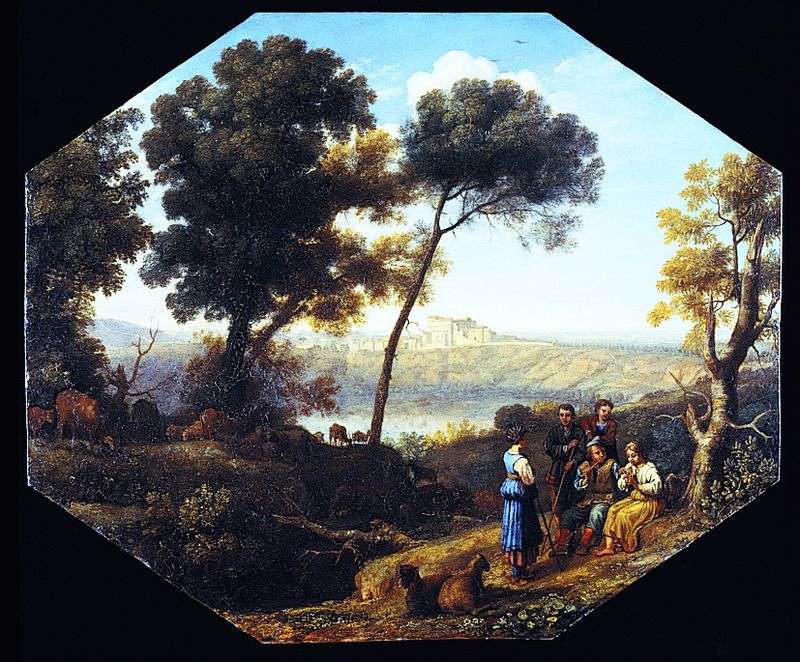 One of the most influential patrons of Lorrain was Pope Urban VIII. For him, the artist painted four paintings in 1637-39. These paintings include the charming “Port”, 1637 and the small octagonal “Rural landscape overlooking the Gandol’fo Castle”.

The second picture shows the built summer residence of the pope shortly before. If we ignore the scene in the foreground, which is the purest invention of the artist, then we can note the high accuracy with which Lake Albano is depicted and the castle seen on its south-western shore.

Professor Michael Kitson, one of the leading experts on the work of Lorrain, called this picture “a pearl, a small masterpiece created for calm contemplation.” She remained with the Barberini family until 1962.