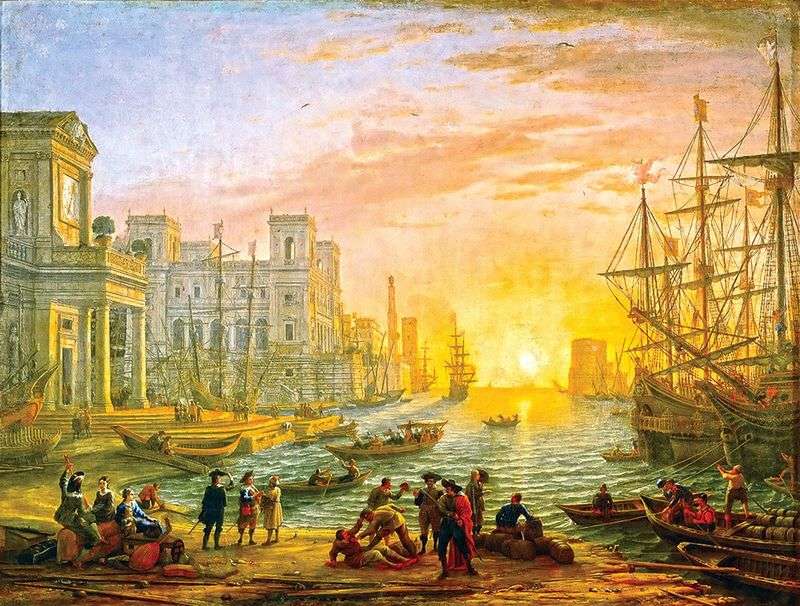 Brushes Claude Lorrain owned a series of paintings, which are faced by two elements – land and sea. Some of them, such as Port of Tramonto, are written in the traditional manner characteristic of the teacher Lorrain, Agostino Tassi.

The picture depicts the vigorous life of the port, where the ships are constantly loading and unloading, mooring and sailing them. But sometimes the coast at Lorrain looks completely different – romantic and languid, resembling a sunny and sleepy Gulf of Naples, so well known to the artist. More often than not, on the canvases of Lorrain, there is a majestic port with

beautiful buildings, with high masts of ships swaying at anchor and with the maritime surface walking towards the horizon.

We add that, as a rule, a biblical or mythological plot was placed in the frame of such a landscape. Thus, for example, the composition of the painting “View of Carthage with Didon and Aeneas” going on a hunt, 1676, was built. Such landscapes brought the artist fame and recognition.