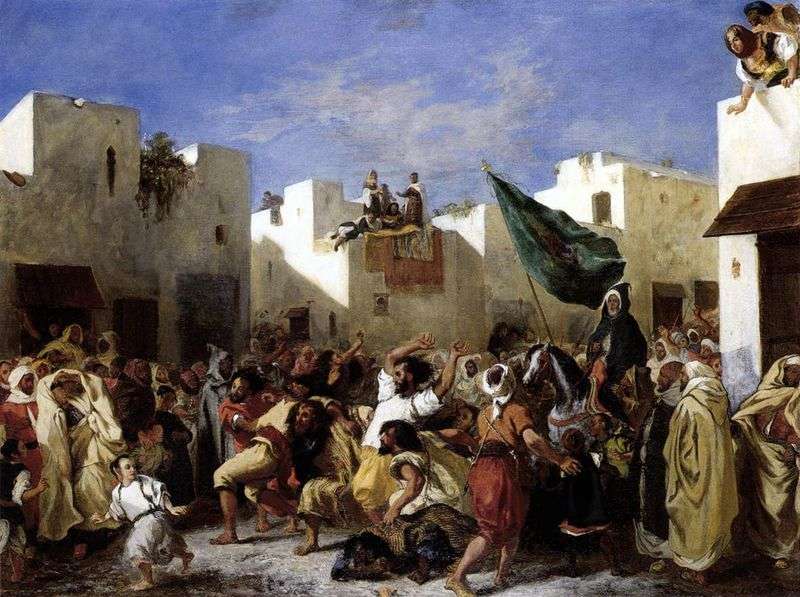 In the first half of the XIX century, “oriental” motifs were very popular in painting. Especially attracted artists exotic of the Middle East. Increased interest in this world in many ways provoked Napoleon’s campaigns in Egypt – this applies not only to painting, but also clothing and furniture.

The trip to North Africa left a deep mark in the work of Delacroix. For the first time he had the opportunity to write real people and real scenes. That is why his paintings such as “Fanatics in Tangiers” and “Jewish Wedding”, 1841, differ so profitable from the “invented” “eastern” canvases of the 1820s.