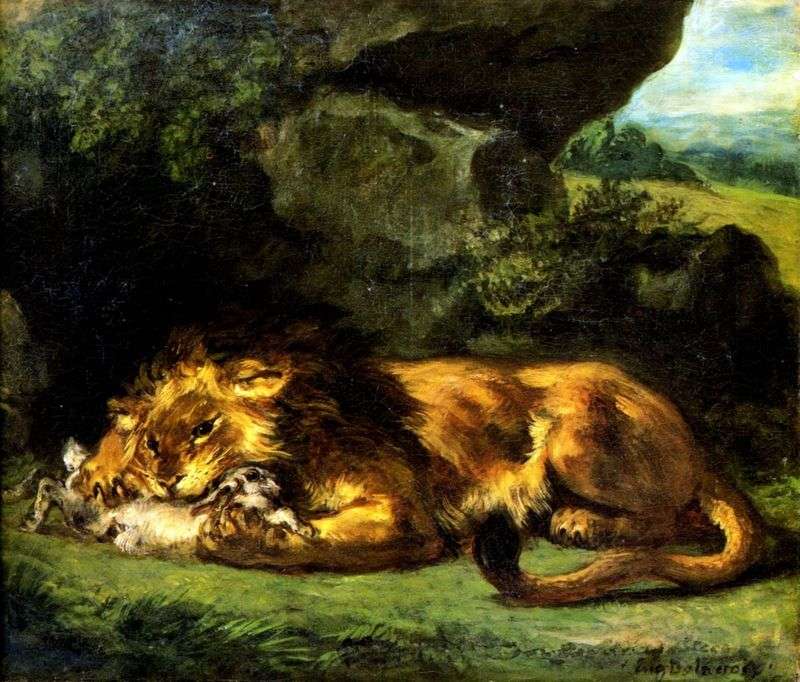 Delacroix was able to open new ways in European painting. Contemporaries saw him as a subversive of classicism and the old academic system. The main method of artistic expressiveness of the master was color, his painting is rich in additional tones, reflexes. In his color decisions, Delacroix greatly surpassed the discoveries of impressionism. Consonant with his picturesque manner and dynamic composition constructions, as well as vigorous and expressive drawing.

Delacroix aspired to involvement with great events, the search for exotic and dramatic stories, exposing the passion and “spirit” of the characters. The textbook “Freedom, the Leading People” became a textbook. In search of bright characters, sincerity of feelings Delacroix, like many of his contemporaries, went to the untouched by the civilization of the country. In 1832 he visited North Africa. The result was a series of paintings, one of the themes of which was lion hunting. Other famous works: “Lion Hunt in Morocco.” 1854. The Hermitage, St. Petersburg; “Algerian women.” 1833-1834. Louvre, Paris.