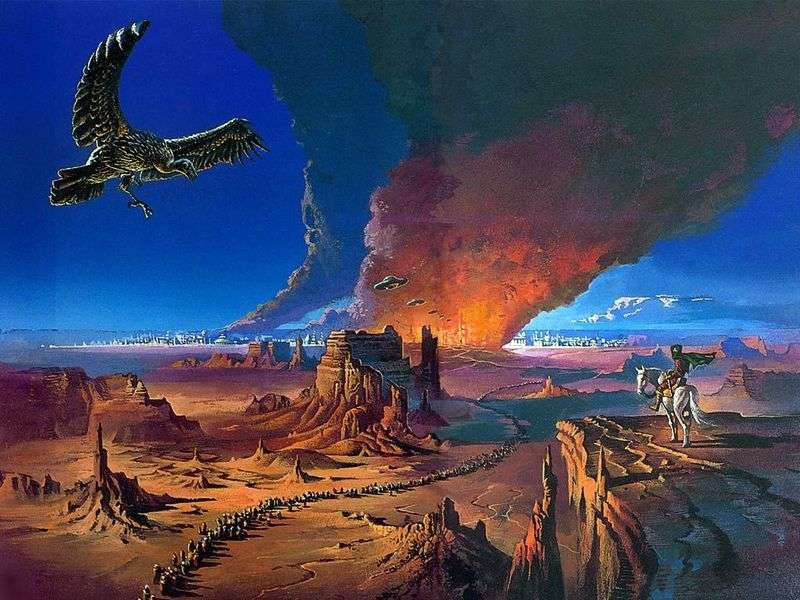 Ruthless ships of the alien world brought destruction to the planet, cities were covered with a solid wall of fire, crowds of frightened refugees reached out in an endless stream in search of salvation, many houses had already turned into ruins and were covered with a layer of ash. A puff of black smoke covered the sky, where the vulture, the winged companion of death, ominously released its claws.