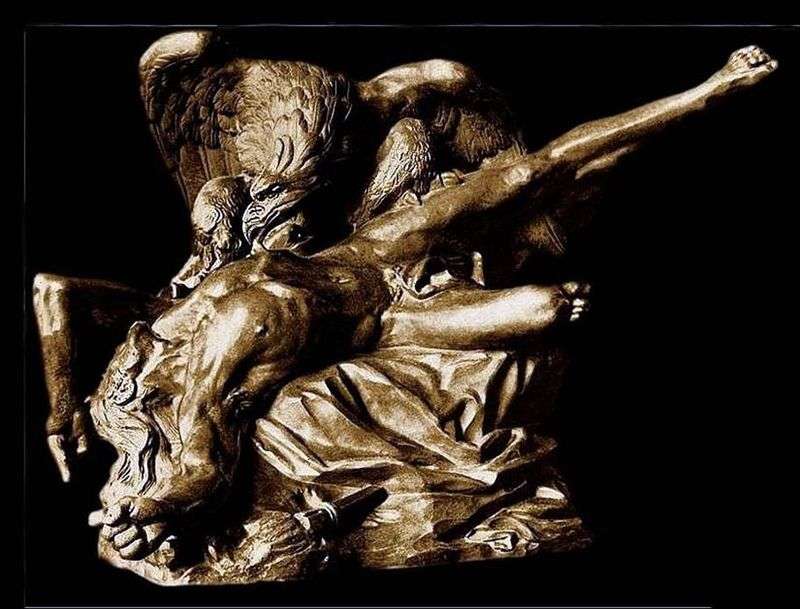 The first work of the sculptor bears many baroque features. With the complexity of the silhouette in it, inner expression and dynamics are felt. Titan Prometheus is one of the most remarkable heroes of ancient tales. He not only gave people the knowledge of many sciences and crafts, but also stole fire for them from the forge of Hephaestus.

This aroused the wrath of Zeus, who, fearing that people who possessed fire would become stronger than the gods, condemned the titan to painful torture: he ordered Prometheus to be chained to the rock and every day he sent an eagle to peck out the liver that had grown overnight. Only thanks to Hercules Prometheus was released. The tide of the XIX century.