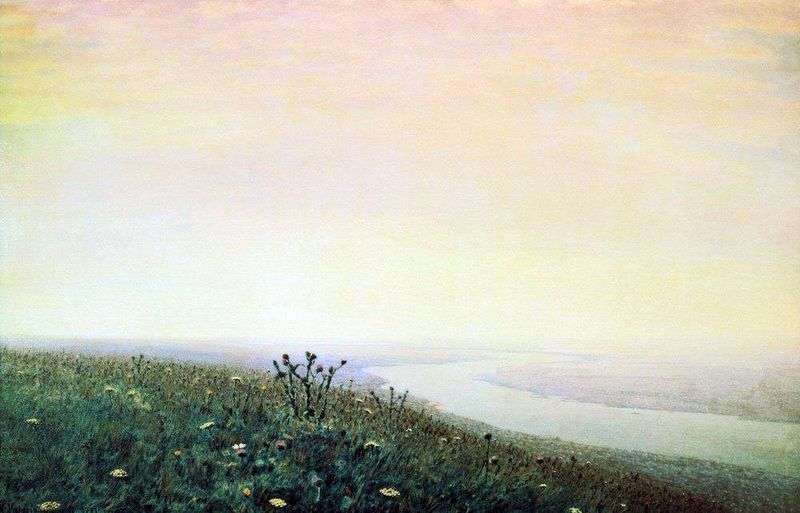 The painting was the last one the artist agreed to exhibit to the public. Within a few months he will refuse exhibitions and his work will become inaccessible for several decades.

The main feature of the canvas is his modesty. The absence of bright colors and play with light makes the landscape peaceful. A transparency effect is created: the river is lost in the pre-dawn fog. The foreground with a juicy green river turns into a calm white color of the transparent waters of the Dnieper and the sky. The predominance of white gently pink and yellow colors allows us to assert the features of Impressionism present in the picture. But the main task was to create an impression of the immensity of space.

Despite a small piece of the steppe in the foreground and a small bend of the river, in this picture there is a wide and wide space. Refusal of light effects does not impoverish the picture, everything here is said in its simplicity. The steppe grasses burned by the sun and the lonely bush of thistles on the hillock are simply impossible. But space can be felt, only not focusing on individual bright details. Therefore, the artist and removed them from here.

Refusing to play with light, Kuindzhi focused on creating an air environment. White colors and pink tints give the air the effect of a glow, as if it absorbs the silence of the river, drinks from it to spread pacification over the whole steppe.