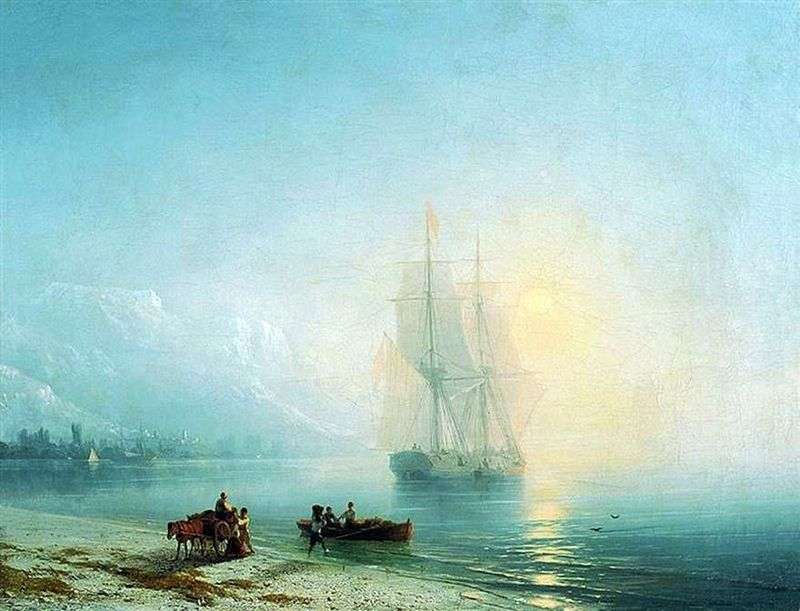 Time to create a picture of “Calm Sea” falls on the rise of Ivan Aivazovsky’s creativity. Like almost all the works of the artist, the canvas is filled with marine motifs, but from everyone else, this picture is notable for its emotional maturity, although it was written in the artist’s contradictory period of creativity – at that time the artist was reevaluating moral values.

The work is done with oil, and very well transmits the play of light and sea water. Masterfully and unobtrusively, as if by accident, the artist directs the viewer’s view from the sea water to a ship that is near the shore. Due to the large amount of sunlight near the ship, he does not take upon himself the main accent of the painting, making the canvas weightless and fragile at the same time.

The sea surface and calm is the canvas of this work, and everything around is an organic addition. In contrast to the majestic calm of the sea, Aivazovsky adds the vanity of people on the shore, thereby making the significance even more important, and emphasizing the “main character” of the painting – sea calm.