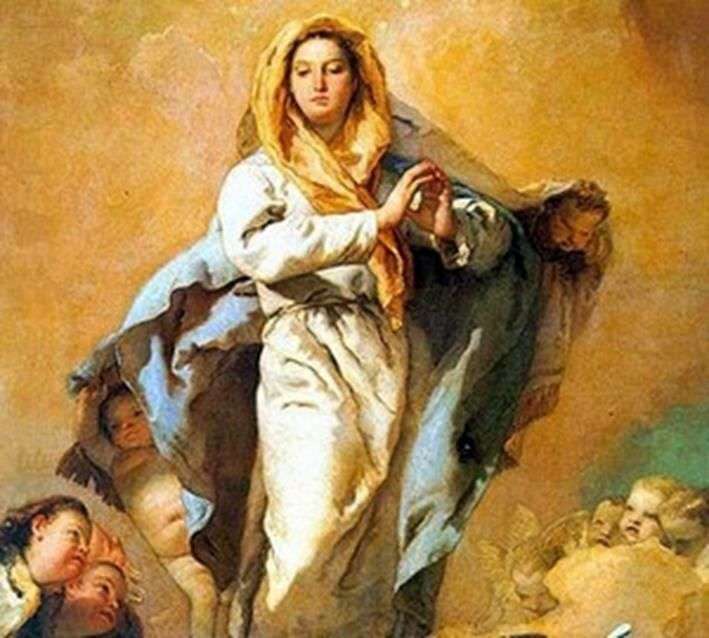 In the creations of the numerous fresco cycles created by the largest artist of the Venetian school, one can see the novelty of the world outlook and the scope of artistic endeavors born of the Enlightenment. Tiepolo was a wonderful decorator, painted churches and salons of villas, halls of public buildings, created altar images. Master of frescoes and engravings appealed to the tradition of Venetian culture of the XVI century.

In the painting “Immaculate Conception” the Virgin, under whose feet the globe is depicted, soars in the sky. It is surrounded by angels, a white dove, which is a symbol of the Holy Spirit, opened its wings over the head of the Virgin. The superiority of the Mother of God over the evil of the earth embodies the palm tree that lies in the foreground. Maria tramples a snake with an apple in her mouth, symbolizing original sin. The postulate that the Mother of God is the mirror of all virtues confirms the mirror depicted on the canvas.