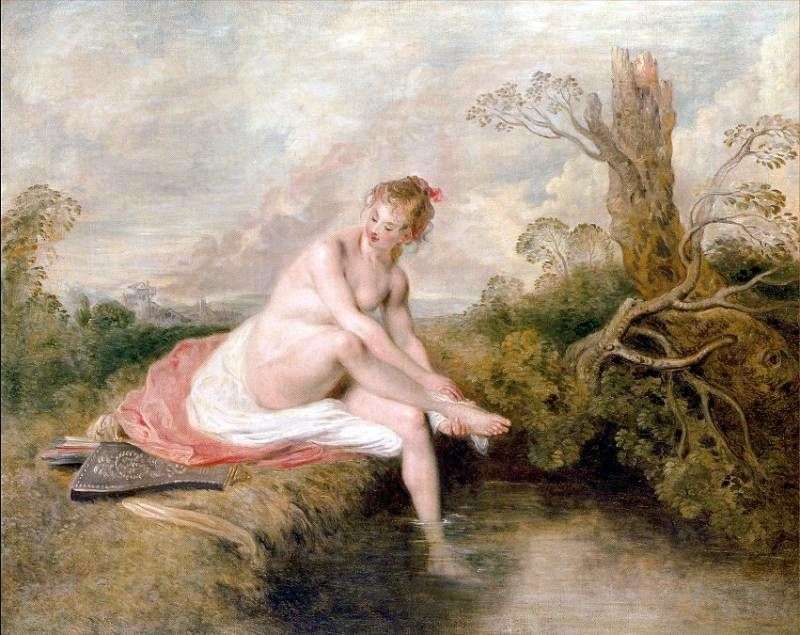 Above you can see “Bathing Diana”. The goddess-hunter is shown here as a coquettish young girl. Particular attention deserves the landscape in the background – obviously not antique, but quite a European-rural. On the next page there is a picture “Court of Paris”.

His work “Toilet” is interesting. The young beauty is caught unawares – she smiles slyly, but does not hurry to put on her chemise. Written in the company of her roomy doggie and maid, this lady became the predecessor of the “boudoir beauties” Boucher and Fragonard.