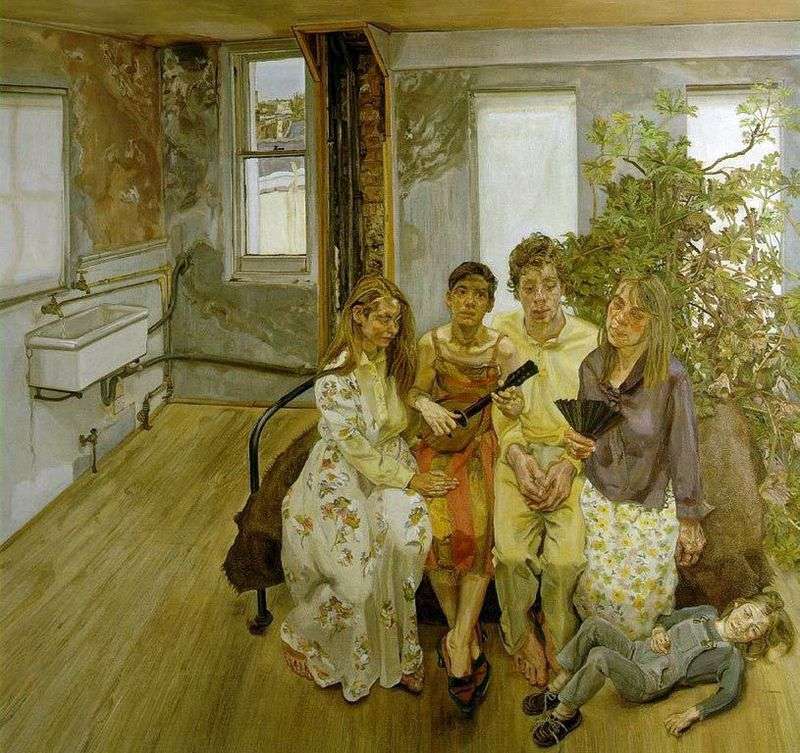 Painting of the English artist Lucien Freud “Based on Watteau”. A room in a very poor dwelling with peeling walls and a miserable washbasin. French artist Watteau liked to draw people playing on different musical instruments, more often – actors. In the mature period of creativity, Antoine Watteau develops a type of subjects, such as theatrical scenes and “gallant festivities.” With a certain amount of humor inherent in Lucien Freud, his painting “Based on Watteau” is written.

On the only sofa covered with an old coverlet, four sit to the caricature of ridiculous people, in the hands of one of the women – a lute-like musical instrument. But how touching are the relations within the small collective of these music lovers, how gently one of the women touches the one that plays, encouraging her with a gesture and a kind smile. It is evident that these bright moments are very dear to them, they are the only joy in their difficult poor life.