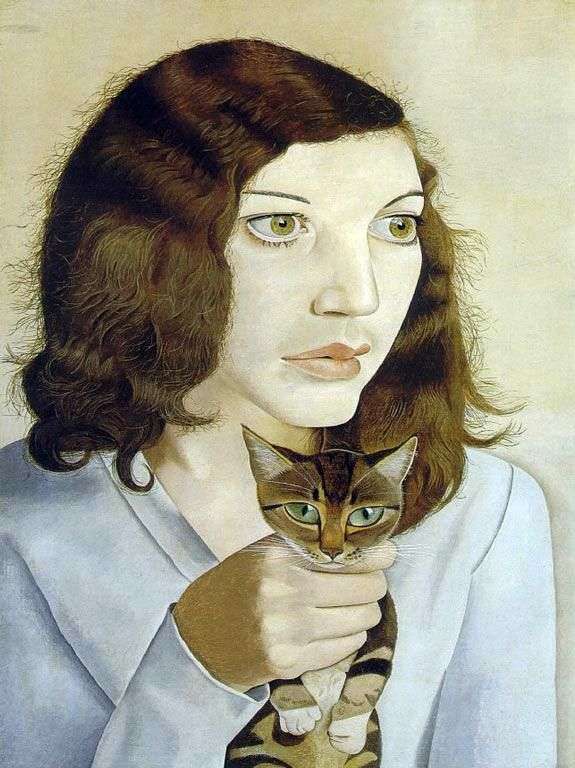 The early works of the English artist Lucien Freud are written in the genre of figurative expressionism. Picture “Girl with a cat” can also be called surreal in composition and special painting technique – deliberately primitive, reminiscent of an illustration for a children’s book. Widely placed green eyes of the girl make her look like her favorite, which she holds in her hands.

In many of Freud’s paintings one can see here such a strange look in people. He is directed “to nowhere” and produces an unpleasant impression, as in this picture of a girl with a cat. As if she would now take it and, with cold indifference, would squeeze the fingers holding the thin neck of the kitten. Just because of inexplicable motives.