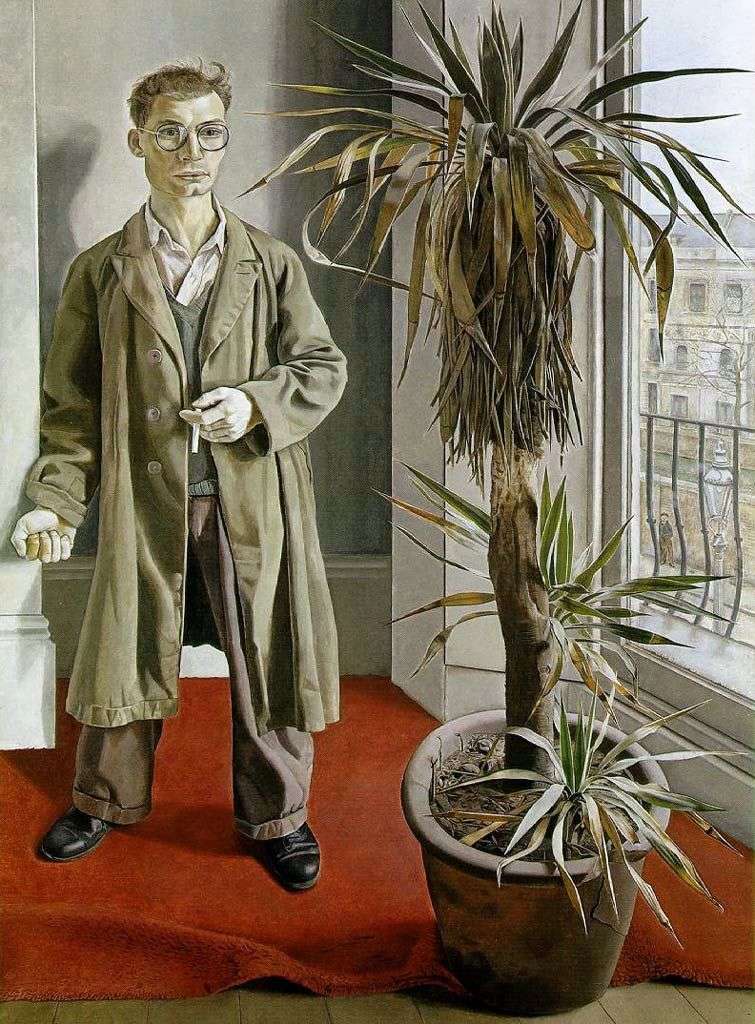 Freud’s “Interior in Paddington” in 1951 won one of the prizes at the British Exhibition Festival, and since that time, Lucien Freud has earned a reputation as one of the best contemporary artists in the field of figurative painting. A young man standing in the lobby of a state institution smokes.

The face is simple, still retaining the youth disproportion; the sight of large gray eyes is directed inward, serious. He is dressed in a white shirt, a knitted cardigan and a gray cloak. Judging by the expression on his face, a man prepares for a difficult conversation. Having clasped his right hand into a fist, he mentally again and again repeats to himself what he has to prove in the office of an official. Episode from the life of an ordinary person, what a lot – our contemporary.