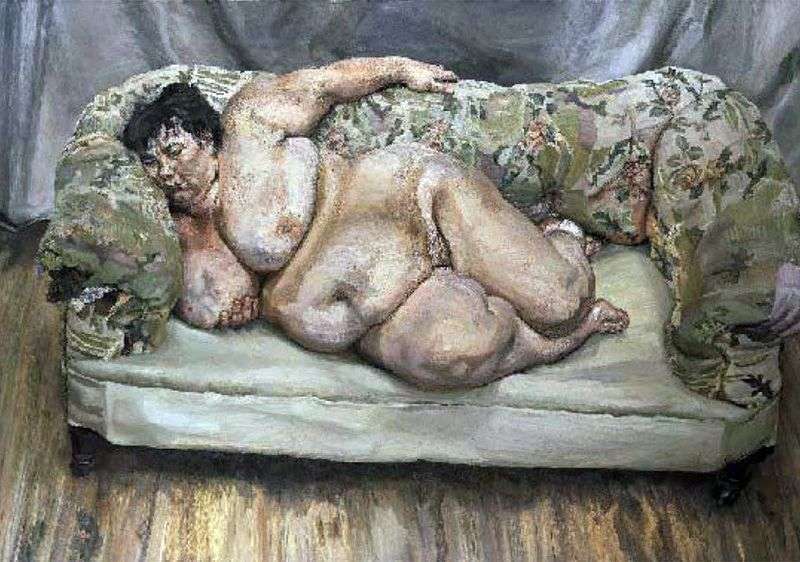 On the sofa with jacquard upholstery “in a flower” the naked woman, fattened to disgrace, collapsed. Rather, a disgusting formless animal. He sleeps, razmollev with heat and from abundant fatty foods.

According to the newspaper “Sun” in the spring of 2008, the Russian oligarch Roman Abramovich, replenishing the collection for his future museum of contemporary art, paid more than thirty-three million dollars in New York at Christie’s auction for Freud’s picture “The Sleeping Social Inspector.” Well, about tastes, as they say, do not argue. But now eighty-six-year-old Lucien Freud – the most expensive artist in the world of the living.