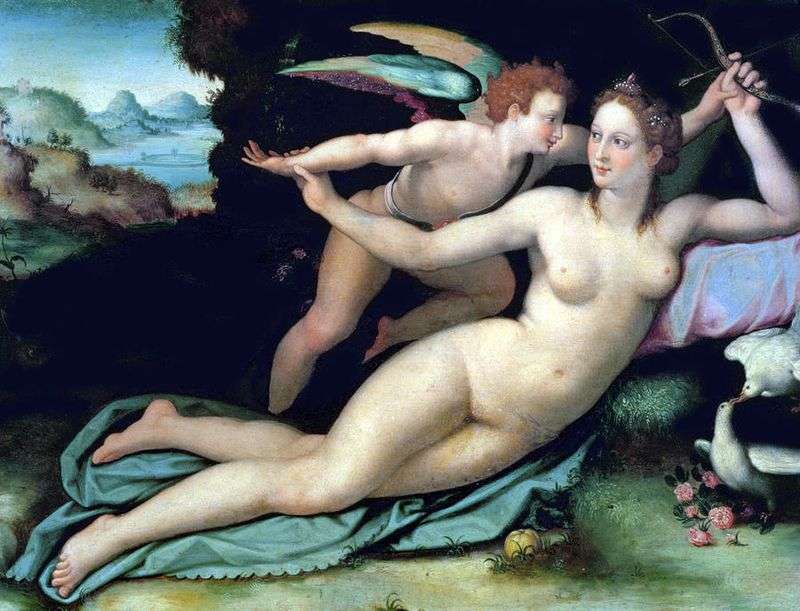 Painting of the Italian artist Alessandro Allori “Venus and Cupid.” The size of the picture is 80 x 130 cm, wood, oil. Cupid – the Latin name of Eros; somewhat different from the Cupid. Cicero in the philosophical work “On the Nature of the Gods” distinguishes according to the eugemistic method of several cupids, born of different gods. Cupid – among the ancient peoples of the god of love, understood as a special world deity and as an irresistible companion and assistant to Venus.

As a world deity that connects the gods to married couples, Cupid was considered the product of the dark power of Chaos and a bright day or Heaven and Earth. The father of Cupid was also called Uranus, Chronos, Orpheus, etc. In later legends, Cupid is usually called the son of Venus and Mars. Cupid served as one of the favorite images in the plot lines for philosophers, in the art of poets, sculptors and artists, being for them an eternally living image of both a serious world-controlling force and a personal heart-felt enslaving the gods and people.