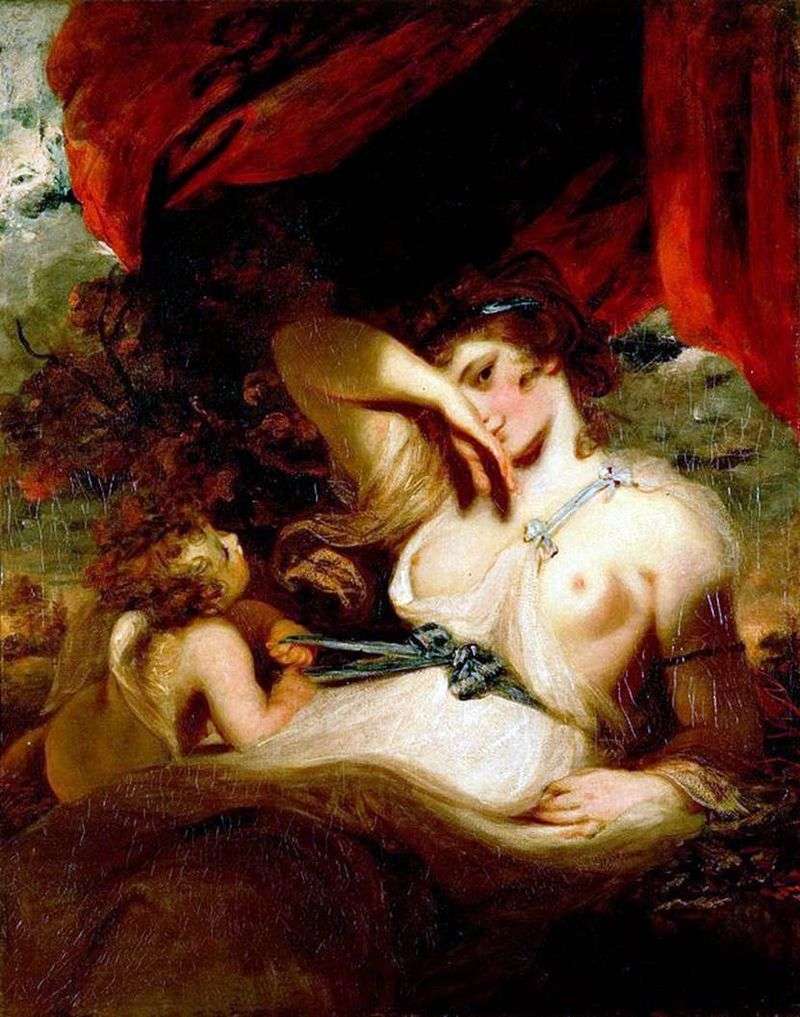 The painting attracts with its intimacy, the elegance of the image. The goddess of beauty and love, Venus coquettishly covers her face from immodest looks. Cupid, playful kid, pulls the ends of the blue silk belt, carefully watching his mother.

According to the ancient legend, in this wonderful belt love, desire and words of seduction were made. This belt radiated a magical fragrance, the love passion of which was not only subject to people, but also to the gods. It was with the help of the belt of Aphrodite that Hera managed to seduce Zeus. Once upon a time there lived a man in ancient Greece, his name was Faon, and he was a simple ferryman. And the face of Faon was more ugly than Quasimodo himself. At the sight of Faon, the girls turned in horror and ran away. So he tried not to dream of love.

Everything changed when, one day, after pitying the poor old woman, she transported it for free. On his luck, the old lady was in fact the goddess of love Aphrodite. She pitied the poor young man and gave him a bottle with an incredibly magical scent that could inspire love to everyone who inhaled it. Faon immediately took advantage of the gift and the girls did not retreat. They say. that even the incomparable Sappho, the most famous poetess, one of the most famous women of the ancient world, could not resist him.

They even say that she committed suicide when Faon, spoiled with feminine attention, did not respond to her feelings. The portrait is painted in warm colors, in contrast to which the blue color of the belt appears. There is an assumption that the prototype for the Venus Ora was the famous beauty Emma Hamilton, the mistress of the British admiral Horatio Nelson. Thanks to her scandalous love stories, beauty and artistic talent, Lady Hamilton was a real European celebrity at the end of the 18th and beginning of the 19th century.