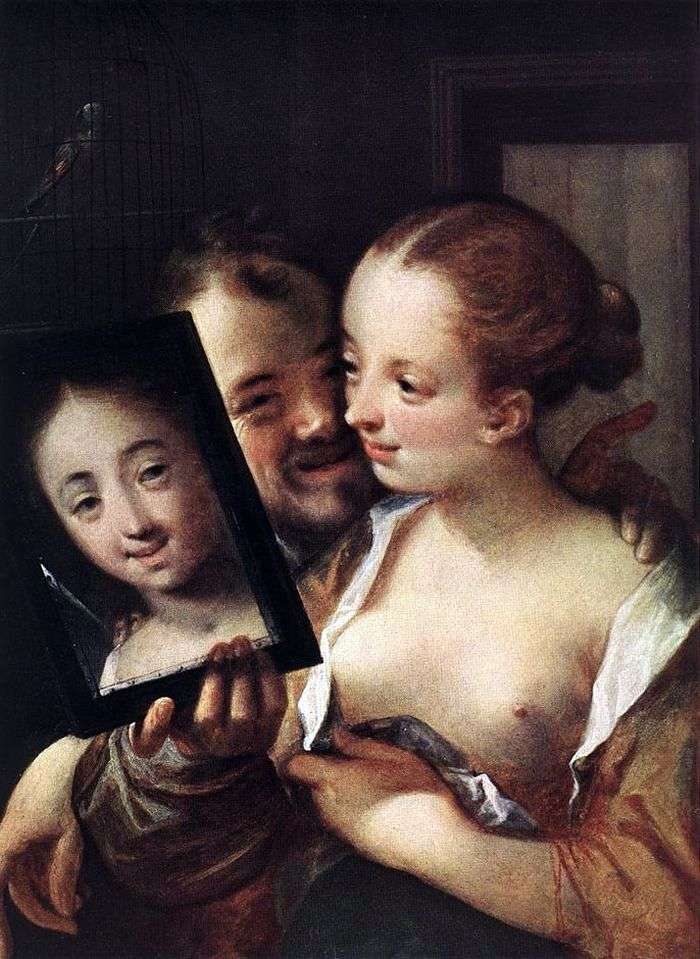 A painting by the German artist Hans von Aachen “A Couple of Shalongs”. The size of the picture is 25 x 20 cm, oil, copper.

Engravings based on paintings by a German painter, created by other foreign artists who worked together with Hans von Aachen at the imperial court of the Habsburgs, widely spread in many European countries, thanks to printing, gaining recognition among ordinary people.