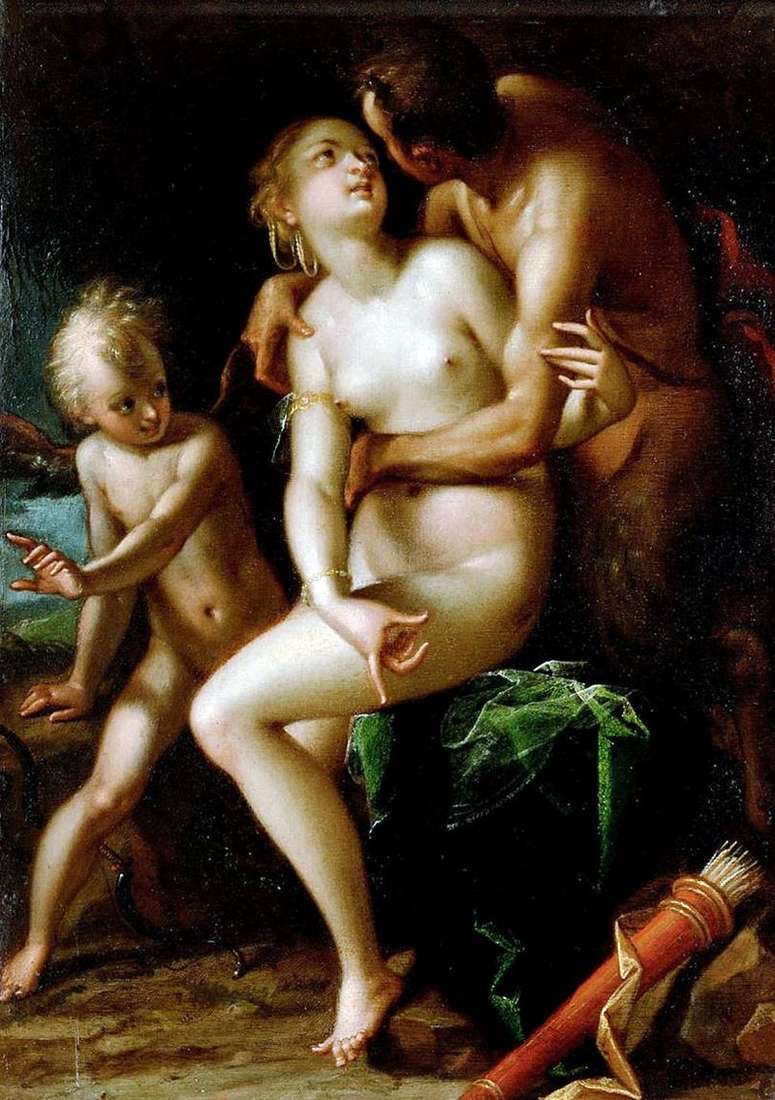 A painting by the German artist Hans von Aachen “Jupiter and Antioopa”. The size of the picture is 50 x 34 cm, oil, copper. In his painting, painter Hans von Aachen depicted the scene of Jupiter seducing innocent Antipas.

Jupiter, the ancient Italian god of heavenly light or the bright sky, with its atmospheric phenomena – rain and thunder, – the bearer of fertility, abundance, victory, help, healing, the supreme source and guardian of law and order, faithfulness, purity and, finally, supreme, “all-good and powerful “the king of gods and people. Antipope is the daughter of the Theban king, Nictea and Polikso, according to Homer’s legends, the daughter of the river god Azop, the mistress of Jupiter, who gave birth to two twins.

Ancient Greek poet and playwright Evripid in his tragedy “Antiope” described the full suffering and bitterness of the fate of Antioopa and her children.