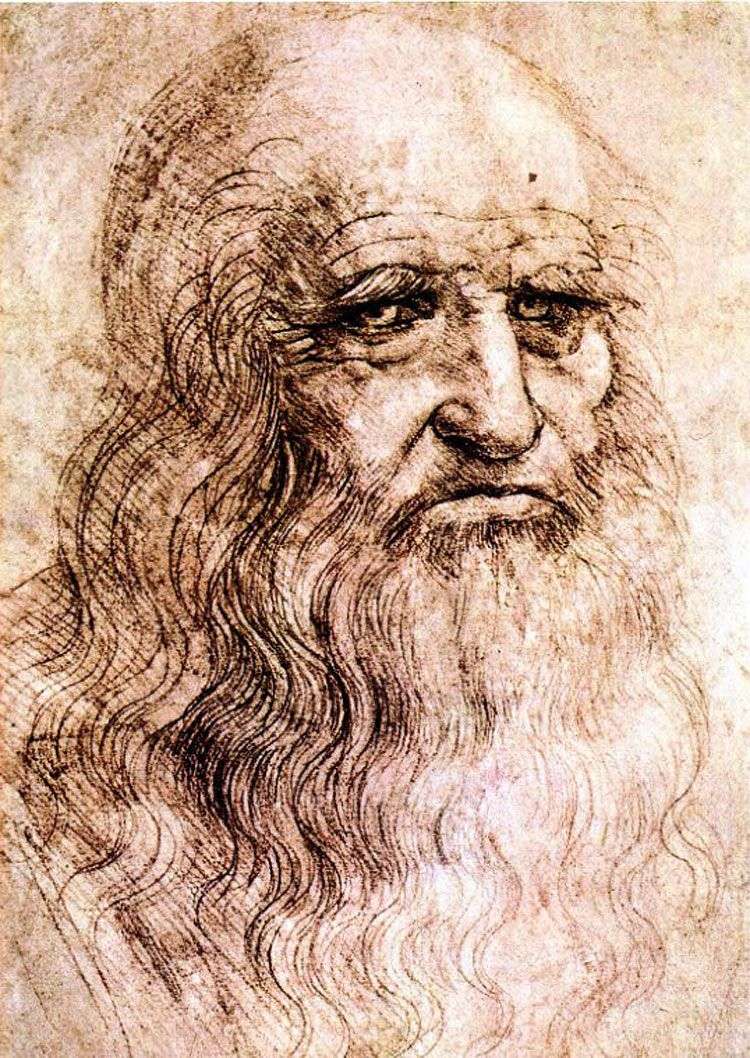 Self-portrait of Leonardo da Vinci, a portrait created by the artist at the age of 60 years. Actually, this drawing on paper, the size of 34.3 x 24.5 cm, sanguine, pen. Among all the drawings of Leonardo da Vinci, the highest achievement of the artist can be considered to be the Turin self-portrait performed in the last years of his life. This image of a man of enormous internal power, but the features of his face bear the imprint of bitterness, born not only by a difficult personal destiny, but also by the tragedy of the era.

As the founder of the art of the High Renaissance, one master, Leonardo da Vinci,

essentially acted, and it is deeply symptomatic that he, like no one else, was fully armed with the highest achievements of the material and spiritual culture of his time in all its fields.

The contribution of the artist Leonardo da Vinci to the art of the High Renaissance can be compared with the role of Giotto and Masaccio, the pioneers of the previous stages of Renaissance art, with the difference that according to the conditions of the new era and the greater scope of Leonardo’s gift, the significance of his art became incomparably wider. Leonardo da Vinci was born in 1452 in the village of Anciano, near Vinci, near Florence. He was the illegitimate son of a wealthy Florentine notary Piero da Vinci, his mother – a simple peasant woman.

Leonardo’s artistic abilities showed up very early, and when in 1469, together with his family moved to Florence, his father gave him to study with Andrea Verrocchio. The workshop of Verrocchio was one of the centers of versatile art education, the principles of which were developed throughout the quattrocento. Along with painting, sculpture and jewelry art, architecture and construction were studied here.

According to a long tradition, the students helped the master in the execution of his orders, and this, in particular, makes it very difficult to determine the authorship or measure of Leonardo’s participation in the works of this period, often performed together with the teacher and his other famous student, Lorenzo di Credit. Therefore, the attribution of Leonard’s works of the 1470s can not yet be considered final. The earliest paintings of the artist of this decade are now attributed to Verrocchio himself, the painting “Annunciation” and the portrait of Ginevra de Benci.