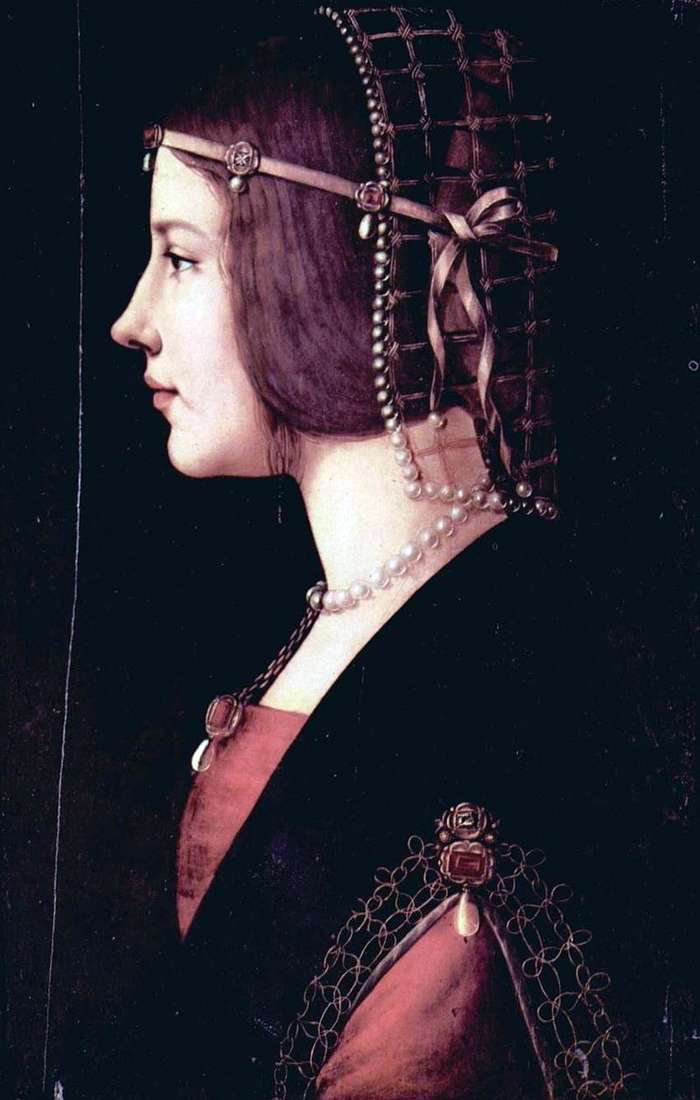 The artist’s painting “Portrait of a Lady” also has another name “Portrait of Beatrice d’Este”. The authorship of Leonardo da Vinci of this painting has long been questioned and contested. Nevertheless, some historians of the Italian Renaissance and researchers of the artist Leonardo da Vinci believe that the painting was started by a great painter in the 90th year of the 15th century and was subsequently completed by his pupil Giovanni Ambrogio de Predis. The size of the picture is 51 x 34 cm, wood, oil. Beatrice d’Este is one of the most beautiful and enlightened princesses of the Italian Renaissance, the daughter of Ercole I d’Este and the younger sister of Isabella d’Este and Alfonso I d’Este.

Beatrice was well educated, her entourage consisted of famous artists of the Renaissance, such as painter Leonardo da Vinci and sculptor Donato Bramante. Beatrice d’Este was engaged at the age of fifteen with Ludovico Sforza, Duke of Milan, and then married to him in January 1491. The great artist Leonardo da Vinci was appointed organizer of a magnificent wedding ceremony. The life of Beatrice d’Este ended very early, on January 3, 1497 at the age of 22, the cause of death was the unsuccessful birth.