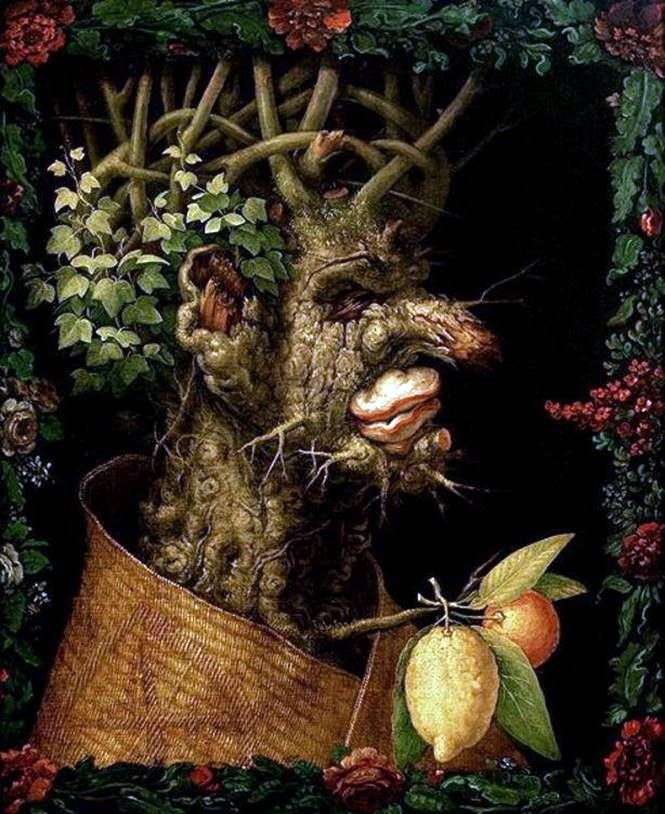 “Winter” is depicted allegorically in the form of an ancient rotten stump with cracks in the bark, which in some places has already disappeared. Stump looks like a pathetic, slightly alive old man. His nose is broken, swollen and flaky, toothless mouth – mushroom – is crooked, and his chin is strewn with warts.

All face is covered with bristles, scars and scabs, small eyes are deeply hidden in the crack of the bark. As an ear – a knot left from a broken branch. The old man freezes from the cold and is protected by a straw mat.

But the fact that winter is not forever, say two lemons – yellow and orange, contrasting with the general dark background. They bring a glimpse of sunlight and heat into the bleak atmosphere.

The symbol of the coming spring are green ivy leaves growing on the back of the old man, as well as a tangle of interlaced vines above his head, reminiscent of a crown. On the mat you see a coat of arms as a sign that the painting was made at the request of the emperor.