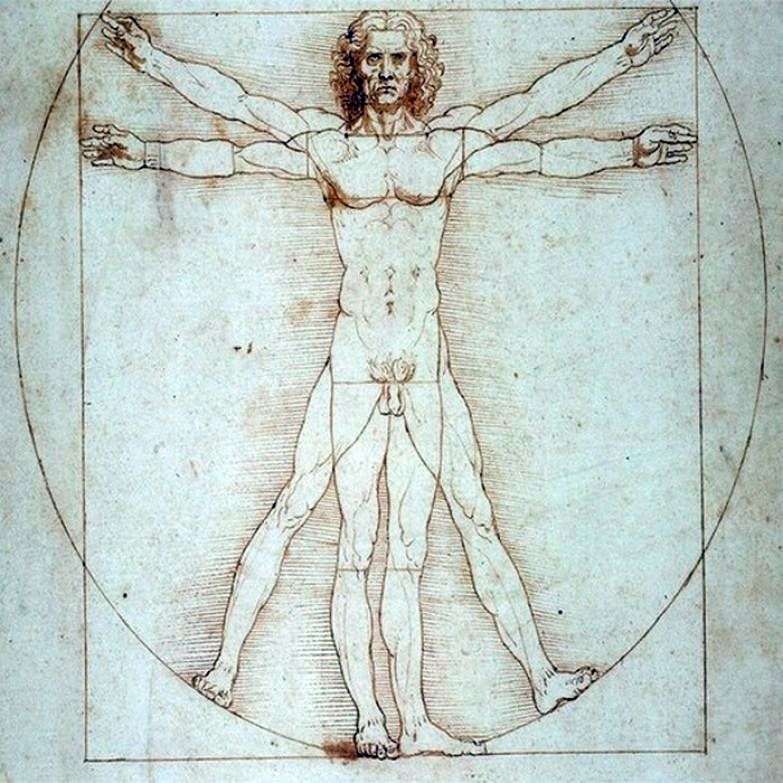 It is not just one of Leonardo da Vinci’s most well-known drawings, but the most massed image of the media. It is often found in a variety of teaching aids, is used in commercials and posters, even flashes in the cinema – it is enough to recall the “Da Vinci Code” ambiguously accepted by the public and critics. Such fame is due to the highest quality of the image and its significance for modern man. “Vitruvian man” is also a masterpiece of fine art and the fruit of scientific research.

This drawing was created as an illustration for the book of Leonardo, dedicated to one of the works of Vitruvius – the famous Roman architect. Like Leonardo himself, Vitruvius was an extraordinarily gifted person with the widest interests. He knew the mechanics well and had encyclopedic knowledge. Leonardo’s interest in this extraordinary person is understandable, since he himself was a very versatile personality and was fond of not only art in its various manifestations, but also in science. “Vitruvian Man” is a witty and advanced way for his time to demonstrate the ideal proportions of a human figure. The figure shows the figure of a man in two positions. In this case, the outlines of the images are superimposed on each other and are inscribed, respectively, into the square and the circle.

Both geometric figures have common points of contact. This image shows how the correct proportions of the body of a man should be according to the description left by Vitruvius in his book “On Architecture”. In a broad sense, the concept of architecture can be applied to the principles of the structure of the human body, which was successfully demonstrated by Leonardo da Vinci. The role of the “Vitruvian Man” in the development of art and the heyday of the Italian Renaissance is extremely great.

After the fall of the Roman Empire, many previous generations’ knowledge of human proportions and body structure was lost and gradually forgotten. In medieval art, people’s images differed sharply from those that were in antiquity. Leonardo was able to demonstrate how the divine plan in the structure of the human body is actually reflected. His drawing became a model for artists of all time. Even the great Le Corbusier used it to create his own creations that influenced the architecture of the entire 20th century.

Thanks to the symbolism of the image, many consider it a reflection of the structure of the entire universe. In addition to its immense historical and scientific significance, the Vitruvian Man also carries a significant aesthetic load. The drawing is made by thin precise lines, which perfectly convey human forms. The image created by Leonardo is very expressive and memorable. It is hardly possible to find a civilized person who has not seen this image and does not know its author.