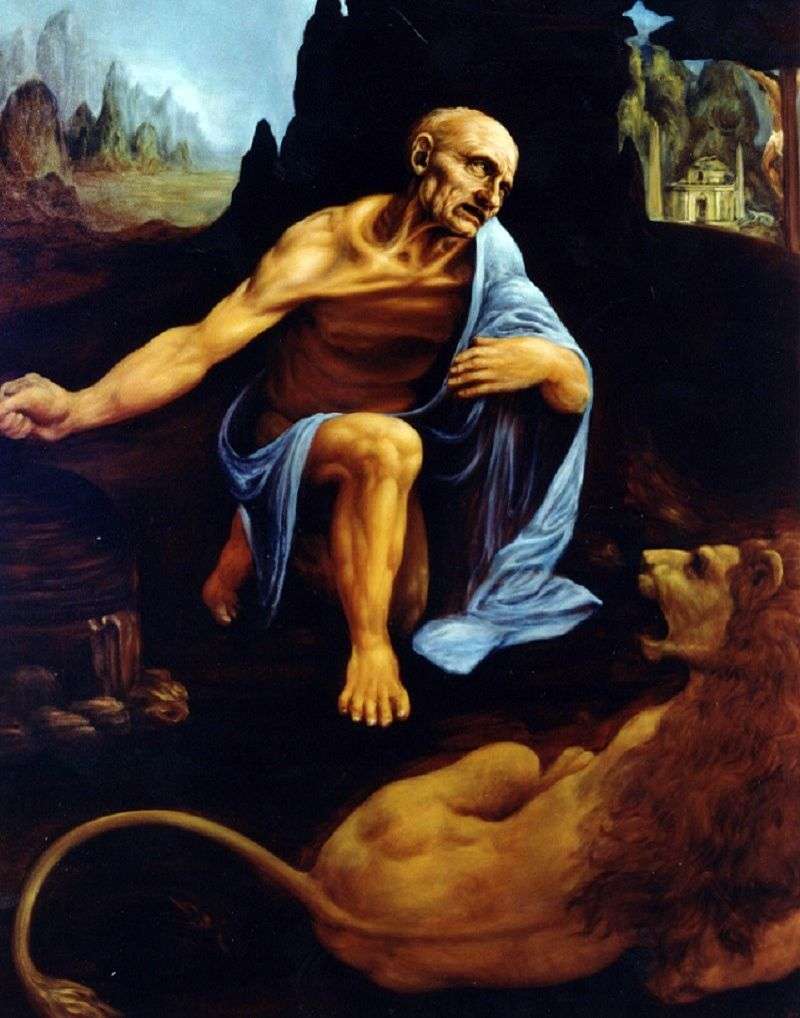 At the request of the church authorities of Florence, Leonardo da Vinci began a small picture of “Saint Jerome”, now stored in the Vatican Pinakothek. The painting “Saint Jerome” was painted by an artist at the turn of the 80s of the 15th century. The size of the picture is 103 x 75 cm, wood, oil.

This painting of the artist, depicting a saint who in repentance strikes himself with a stone, remained unfinished. Artist Leonardo da Vinci was primarily interested in the transmission of a deep dramatic feeling and a true image of a human figure in a complex spatial turn. Around 1482, Leonardo

left Florence for Milan, where he entered the service of the ruler of the Duchy of Milan, Ludovico Moreau.

It is noteworthy that, while offering Moro his services, Leonardo da Vinci was recommended first of all as a military engineer, then as an architect and specialist in the field of hydraulic engineering and only as a painter and sculptor. The departure of the artist from Florence was connected, apparently, with the fact that Leonardo da Vinci could not find application of his forces in the capital of Tuscany, either in the implementation of his engineering plans, or as an artist.