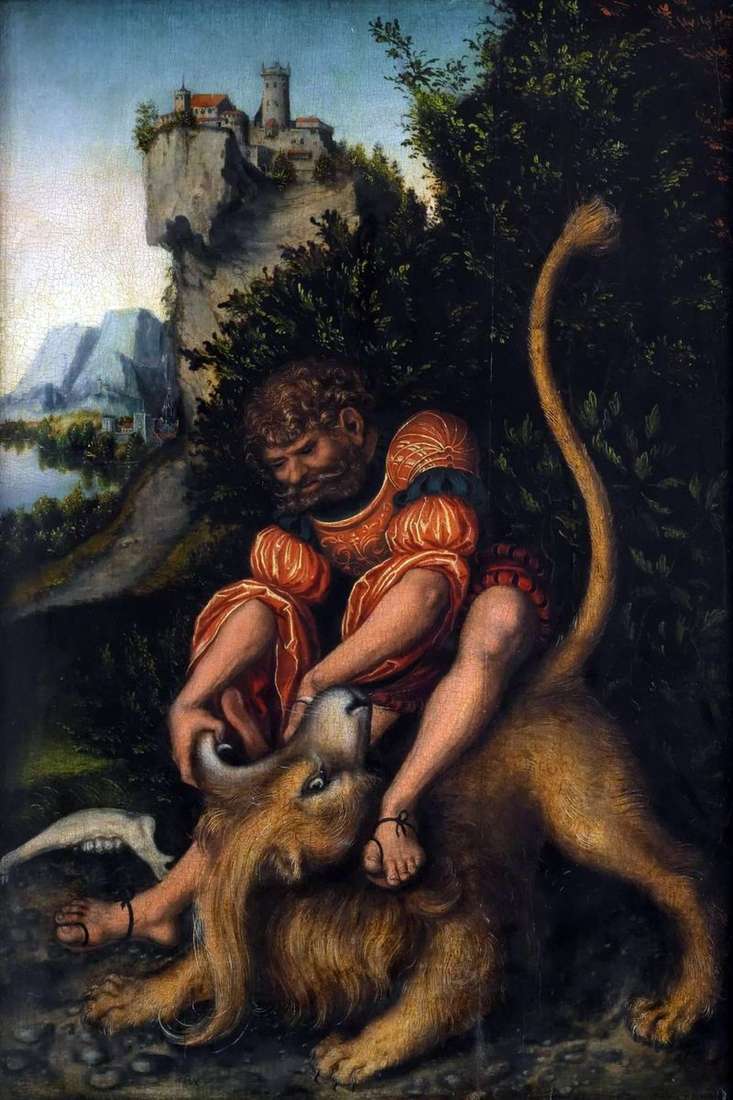 Here is a story from Christian mythology. Samson, who has great power, is often identified with David and Hercules, who fought with the lion.

As the mythology says, Samson, when he approached his father and his mother with the vineyards of Finaf, the young lion roared out to meet him. And the Spirit of the Lord came upon him, and he tore the lion like a kid, though he had nothing in his hands.

In fact, Samson tore up the lion, not its mouth, however, in some stories the plot deviates, describing how Samson tore the jaws of the lion.