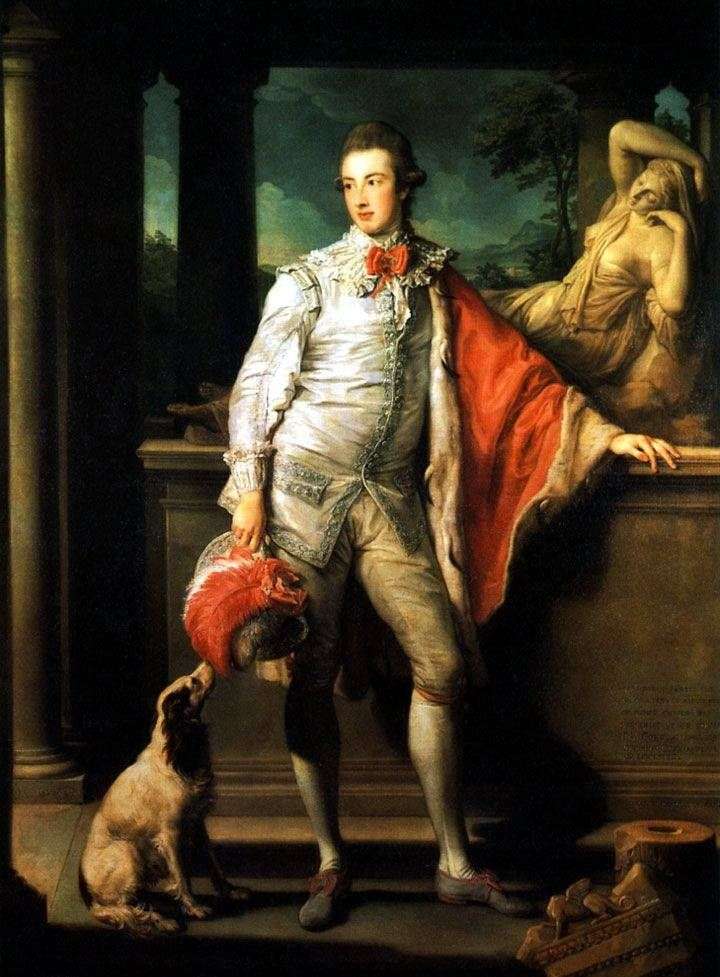 Painting of the Italian artist Pompeo Batoni “Portrait of Thomas William Coke.” The size of the portrait is 170 x 121 cm, canvas, oil. A magnificent silk suit, trimmed with lace and bows, is completed by a fur cape – such is the exquisite outfit of the man depicted on this portrait of the Pompeo Batoni brush.

The statue of Venus, the colonnade, the fragment of the pediment let the viewer understand that Rome is the backdrop. Thomas Coke personified himself as a noble gentleman of the eighteenth century, after completing his education, embarking on a traditional great journey through the European continent.

Batoni himself was one of the most distinguished and prosperous artists of the Roman school of the 18th century, and among his customers there were many prominent foreigners. Most of all, Batoni is known for his smoothly painted portraits of popes, monarchs and the British aristocracy. The house of painter Pompeo Batoni was a place of aesthetic and political discussions.