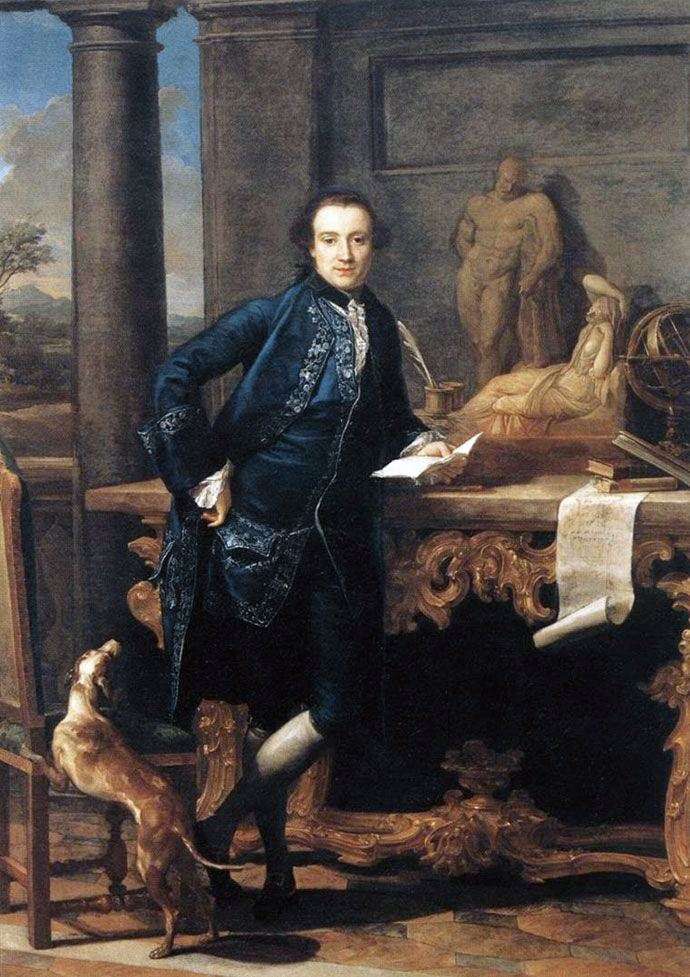 Painting of the Italian painter Pompeo Batoni “Portrait of Charles Crowle”. The size of the portrait is 248 x 172 cm, canvas, oil. With the outcome of the XVII century, the mannerisms and conventions that settled in art in general prevented the portrait from remaining at the height that it had reached in the 17th century and even pushed it to the background both in painting and in sculpture.

Nevertheless, at the end of the seventeenth and the eighteenth centuries, such remarkable portraitists appeared as Minyar, Rigo, Detroi and Larzhiler in France, Kupetsky and Mengs in Germany, Goya in Spain, Reynolds, Lawrence and Gainsborough in England, Batoni in Italy, Levitsky and Borovikovsky in Russia. In the era of the Enlightenment, interest in engraving portraits, as well as a pastel and miniature watercolor painting, in which, in the 18th century, there were many very skilled craftsmen, became quite evident.