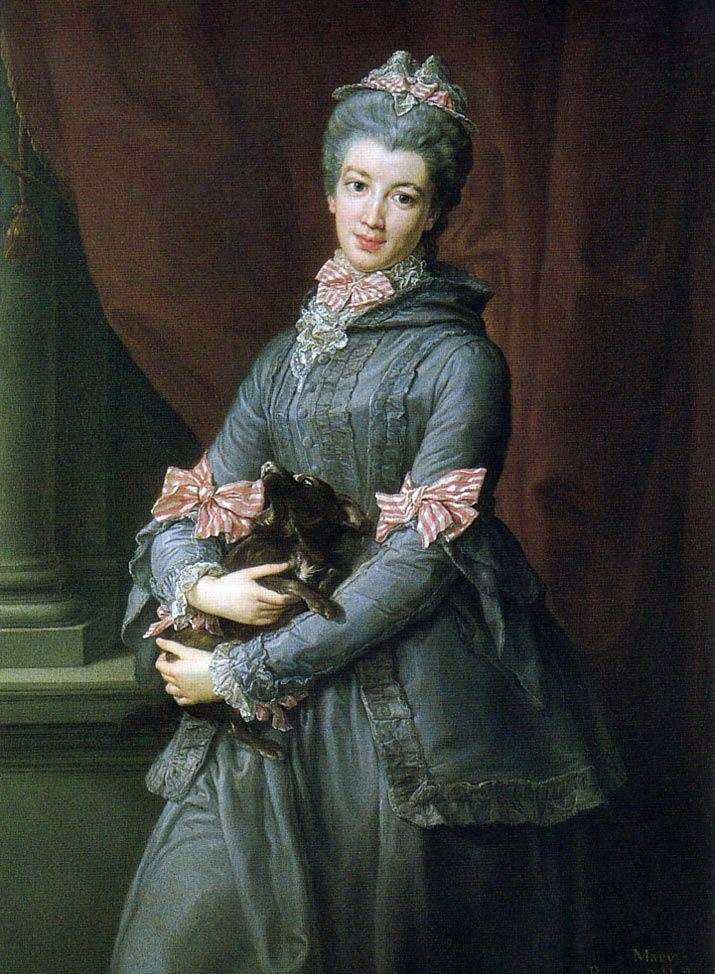 Painting of the Italian painter Pompeo Batoni “Portrait of the Baroness Lady Mary Fox”. The size of the portrait is 110 x 74 cm, canvas, oil. Baroness Lady Mary Fox is portrayed by the artist Batoni in a travel suit, called in those days in England and other European countries by the dress of Brunswick. Mostly the artist painted portraits of notable persons, usually from the highest British society.

Actually, this is not surprising, since the fame of the portraitist attracted to the studio of Batoni the highest aristocratic nobility. Despite the brightness of the psychological characteristics and the rather distinct type of portraiture, the characters of Pompeo Batoni’s portraits always have something in common: aristocratic dignity, emotionality, and a special, philosophical state.