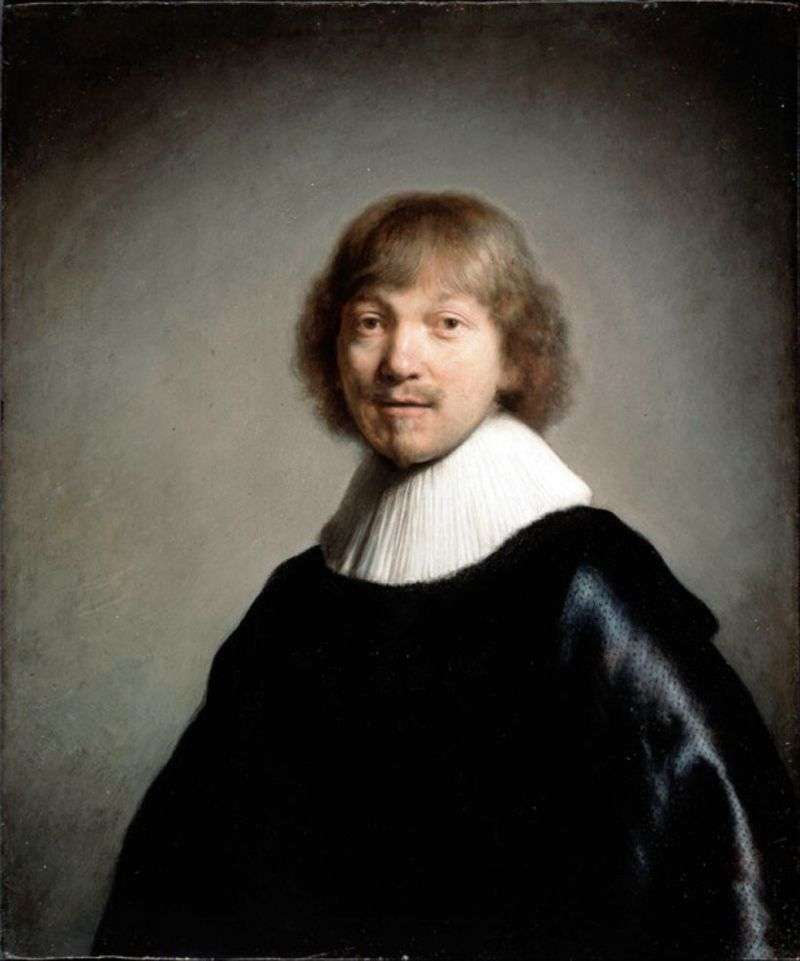 Jacques Le Hein himself was an artist, but, as one of his friends said with regret, a rich legacy dulled his ambition, and in the end he did not live up to expectations.

However, Jacques patron of Rembrandt, purchased from him “The Scientific Debate” and paid for posing for his portrait. De Gein and his friend, Secretary of the State Council, Maurits Hagens, apparently in the Hague, ordered their portraits to Rembrandt. The friends decided: if one of them dies, his portrait should go to the survivor, and in 1641, after the death of de Gein, the picture according to the testament went to Haygens.

a portrait filled with kindness and sympathy, de Gein looks somewhat tired; soft diffused light favorably emphasizes his figure and the texture of the round foam collar and dress. Nevertheless, another patron of Rembrandt, the brother of Maurits Constantin Hagens, wrote at least eight verses in which he complained that the portrait had nothing to do with the original.