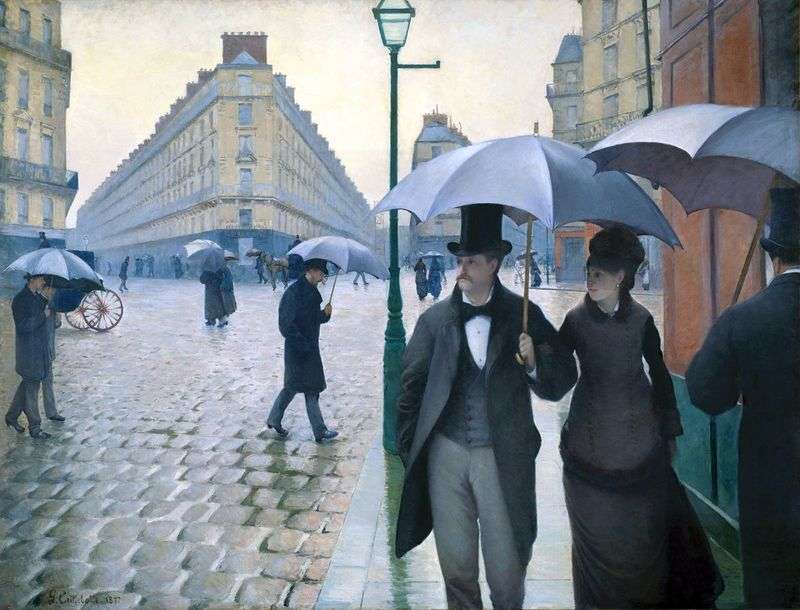 The painting not only occupies a special place in Caybott’s work, but is considered one of the masterpieces of world art. Like many other works by the artist, she is very close to photography: a rainy day on Dublin Square in Paris is so realistic that raw air is felt.

At the end of the XIX century, the French capital grew at a very fast pace, there were more and more areas and squares, and people increasingly intersected each other. This is what the author of the picture tried to emphasize. Looking at pedestrians on the middle and distant plans, it seems that they are chaotically moving in different directions and do not notice anyone around.

Impeccable from a technical point of view and filled with a deep content the picture has one more feature – compositional. The canvas can be mentally divided into two parts along the lamppost, and each of them will have its own meaningful filling.

Caillebot is attentive to detail: a woman’s veil looks almost weightless, yet it is easy to guess the texture of the material; The pearl earring shines with snow-white light.

Kirk Varnedo, a researcher of the life and work of Gustave Caillebott, praised this work. He called it the most monumental, endlessly attractive, beautiful and gentle picture of the artist.