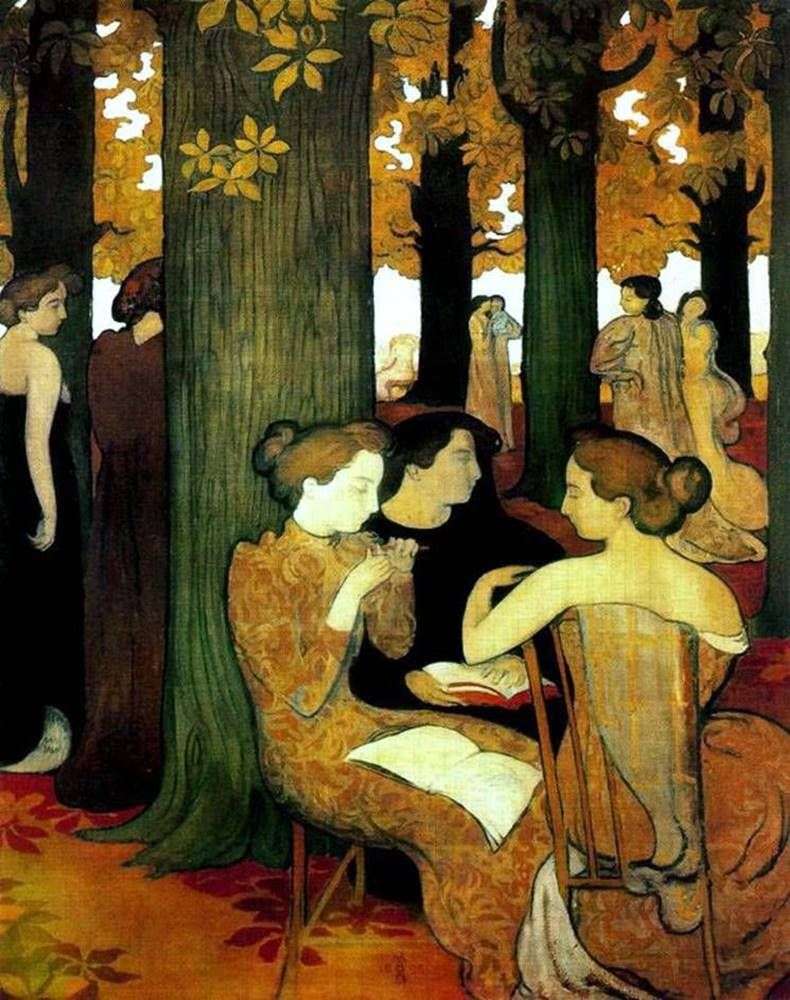 As soon as you take a look at the work of Maurice Denis – the French symbolist, at the same moment you realize that this is something new, carefully thought out, organized and orderly. And indeed, in each of his work the master proved the viability of his theory on the special processing of the picture surface. Relying on the harmonious orderliness of the structure, the special decorativism in the arrangement of human figures or elements of the landscape, Denis was an apologist for modernity.

The canvas “The Muses” or “The Muses in the sacred grove” is an explicit translator of the principles on which the work of the master is based. The painting depicts a real forest in Saint-Germain, personifying the “sacred grove” beloved by the master. Muses, patrons of art – it’s an allegory, expressed in a two-dimensional flat image. There are no familiar attributes in the hands of virgins, for which it would be possible to identify who protects which art – only flowing figures in the shadow of a chestnut grove.

Female figures are harmoniously inscribed in the landscape, consisting mainly of trees. Attention is paid to carefully emphasized silhouettes, lines that are particularly smooth, as well as color and simplicity, a certain schematic in the figure.

Due to clearly outlined contours, the color spots are transformed into a pattern, individual figures, creating a single harmonious plot. As, perhaps, any work of the symbolist, the presented picture can not have an unambiguous interpretation. The more interesting is the work – it is multifaceted and multifaceted.