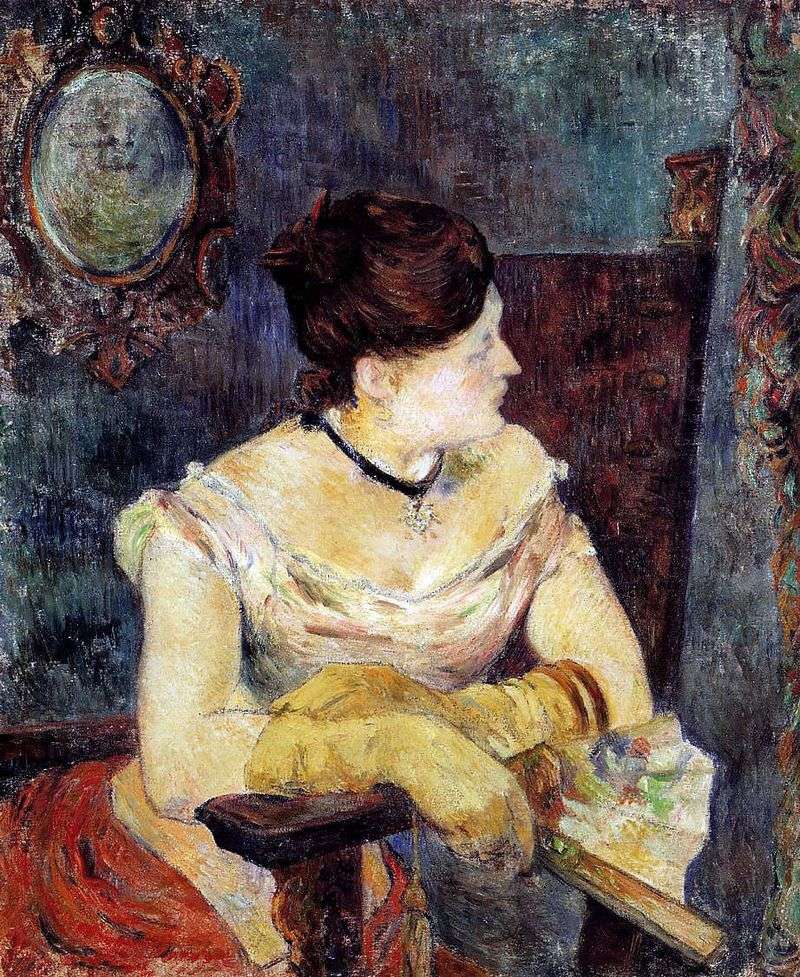 The wife of Mette-Sophie Gauguin, in the girlhood Gad refers to the early period of the artist’s work.

With the young Dane Mette the painter gets acquainted in the house of his patron and close friend of Gustov’s mother Arosa. It is thanks to Aroso that Gaugin becomes a stock broker and solves his material problems.

In 1873, Mette and Paul bind themselves by marriage, and a year later their first-born Emil appeared. In total, the couple will have five children. However, the children could not save the family, and by the time of Gauguin’s departure to Polynesia, they were already free

Today it is difficult to say what caused the gap, the material difficulties that arose from the fact that Gauguin left the work, the difference of characters or simply the free personality of the artist-creator, who tolerated any restrictions restricting him. Parted wife badly, unable to maintain friendly relations, so that Mette did not even consider herself obliged to inform the former husband of the death of Clovis’ son in 1900.

Mette’s portrait was written in 1884, when it was still far from parting. We see a mature woman in a beautiful elegant dress and with a fan in her hands. This is a wealthy period of life Mette – Gauguin works as a broker, and painting has not yet become his main and highly volatile income item.

The artist introduced us to his wife almost in profile, the features of the face can not be seen. A sharp nose, snow-white skin, thick hair, laid in a high hairstyle – that’s all that can be said about the appearance of Madame Gauguin.

In the style of work, you can see that the author is far from the final formation of his manner. Rather, this work has a classical impressionistic orientation. There is still not that color color, a clear line, contour, static poses. The picture breathes with peace and admiration. It’s as if we, along with Gauguin, are watching the beautiful Mette, who looks away with interest, folding her hands in gloves, clutching a colored fan.