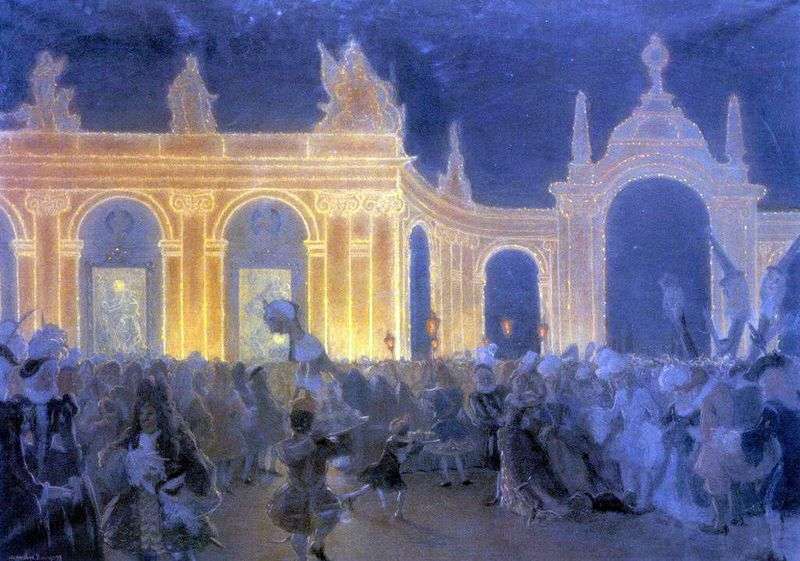 Since ancient times in Western Europe people liked to arrange masquerades with masks, with costumes. In France, the love for masquerades, for dressing up, dancing and festivities was especially great. The greatest splendor and fiction differed masquerades in the era of Louis XIV.

The king preferred the outfit of Apollo or Jupiter. They were stylized antiquity, heavy brocade outfits, without fail with a crown. But Louis XV did not recognize the palace festivities – he inevitably attracted public masquerades, which were arranged in squares or in the Town Hall. The buildings and squares were richly illuminated, creating a particularly festive mood.

Louis XV adored to dress up as an ordinary townsman, and all evening he would follow the skirt of a maid in Cleopatra’s attire. Once, some cunning beauty in 1745 staged a real “hunt” for the king on such a masquerade. She was dressed in the costume of the goddess Diana of pink silk, dotted with roses.

The hunt was successful – it was Madame de Pompadour. And she was so interested in the king that she became his favorite for many years and practically rules with him.